Offline
Well as my first post I will introduce my new project. I acquired the car from my uncle, who passed it along to me for a great price and a TR6 project that my father had. I haven't pulled the heritage cert yet but it appears to be a mid 1958 in white (TS 33097). My family wants to play along so this will end up being my build thread. I picked up the car in AZ and towed it back to Mammoth after Thanksgiving. I left it on the trailer when I got home and I woke up to it covered in snow so all the bare metal rusted. The car is solid overall with minimal rust other than the floorboards that were replaced...poorly. A previous owner also installed a GT6 engine and trans...poorly. So this car will need some attention just to make it right again. My uncle thankfully pulled the engine out before I picked it so I don't have to deal with that. The apron was viciously assaulted during the "conversion". There is some creative bodywork I assume was done to clear the radiator. They also scabbed on some scrap metal mounting brackets for a radiator to the inner fenders. The cross tube was deleted and so the towers have collapsed a bit. So there will be need for some frame work. The hood has plinths, so that's wrong. Its missing more and more parts every time I look at it. So there may be more bad news than good at this time but that's fine, I like projects. This is my first TR but I am not new to these cars we have had a TR3 in the family since I was born and my brother is currently restoring the same car we were taken to day care in nearly 40 years ago. The plan for now is to cobble together a complete car, register it, then make it run/drive.

Here are some shots from when I got it. 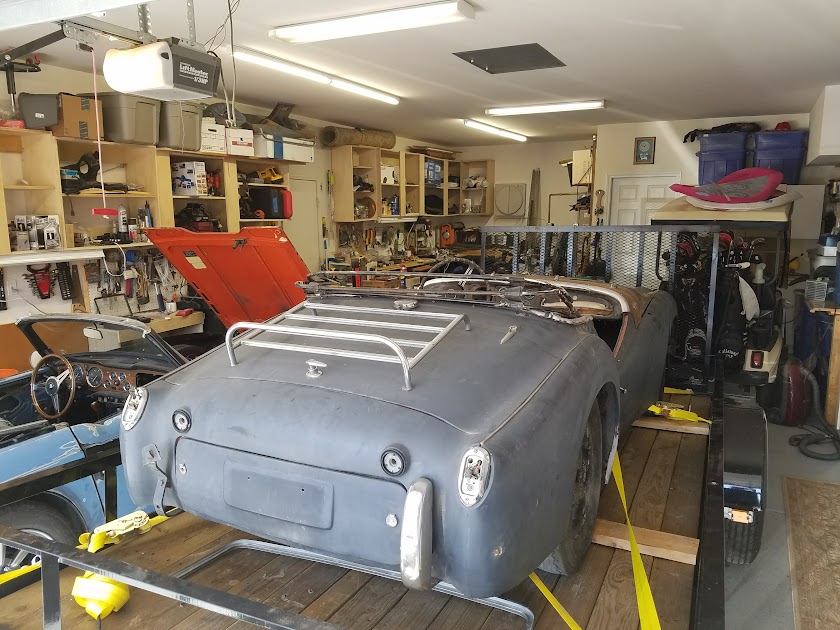 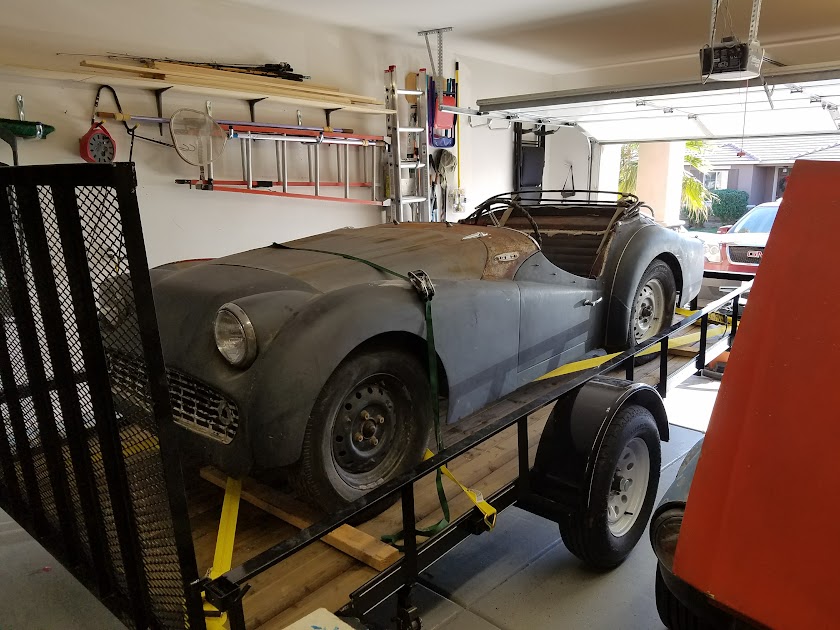 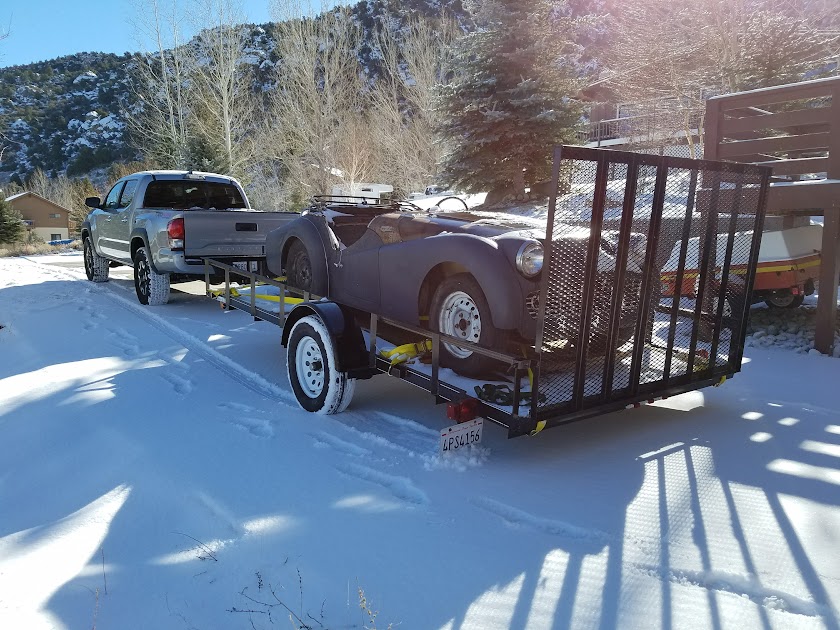 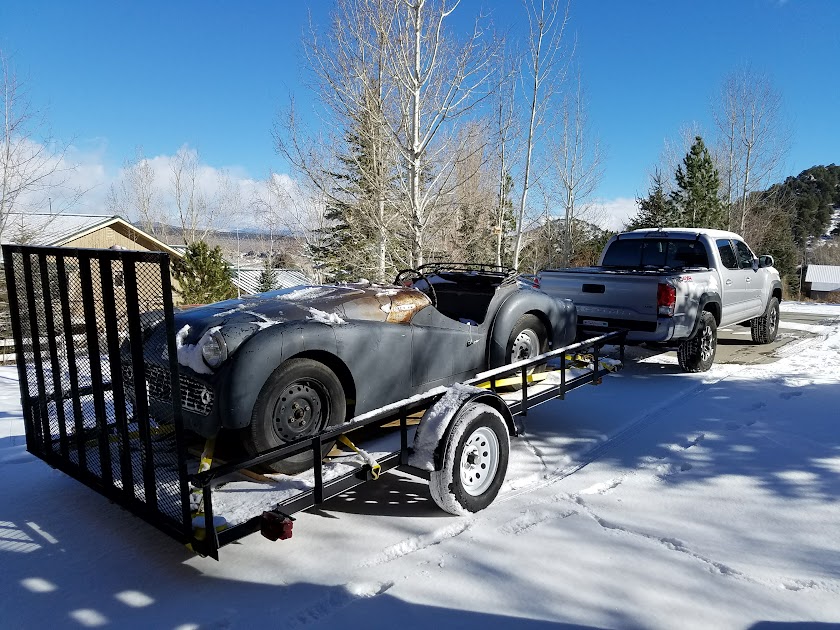 Offline
I am going to start with the floor boards, if you can call them that. They were attached with more seam sealer than weld. 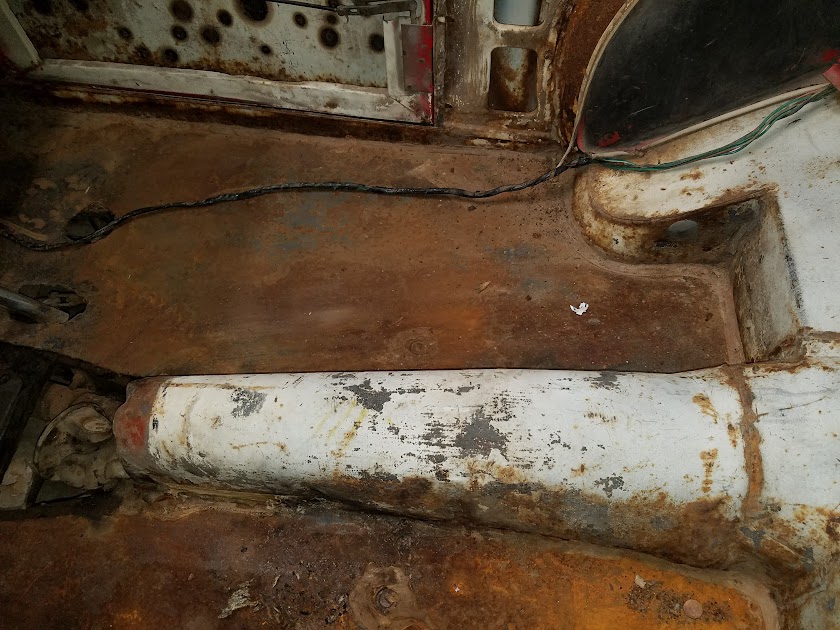 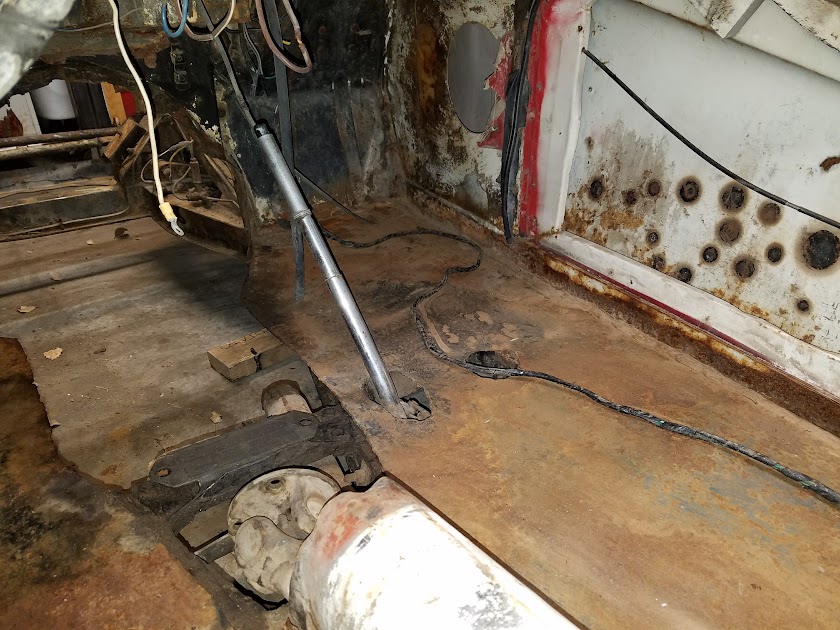 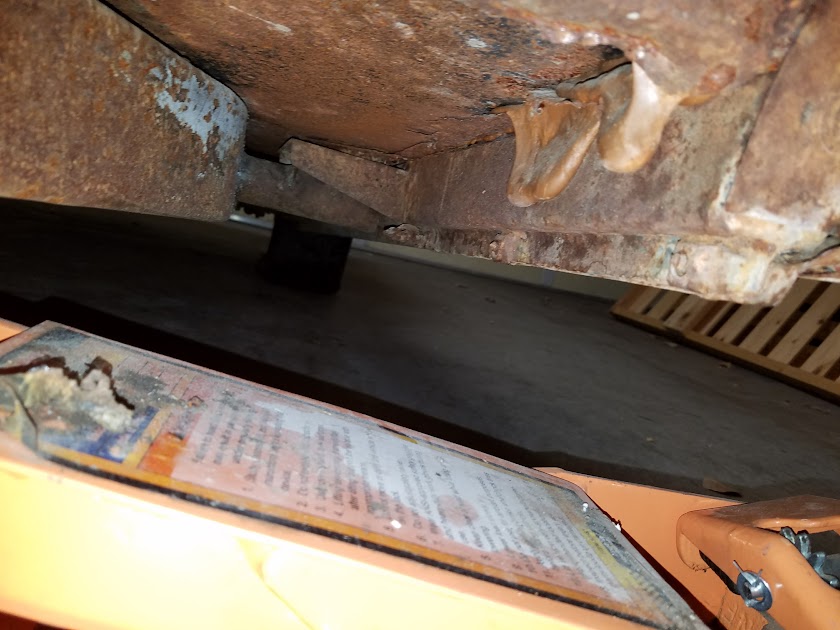 It may actually be liquid nails.

I managed to cut most of one out. I think I can save the flanges and fix the rear floor panel. I was happy to see the condition of the frame and rockers. 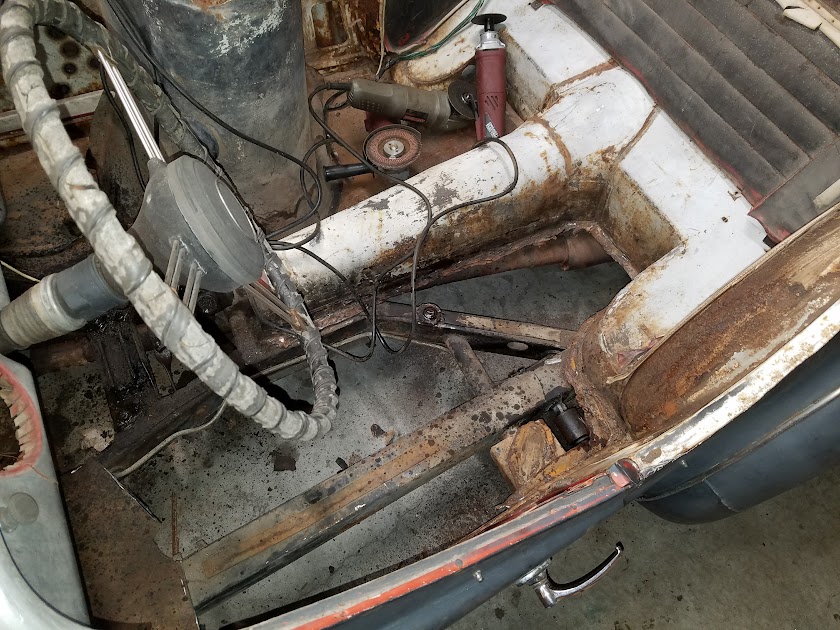 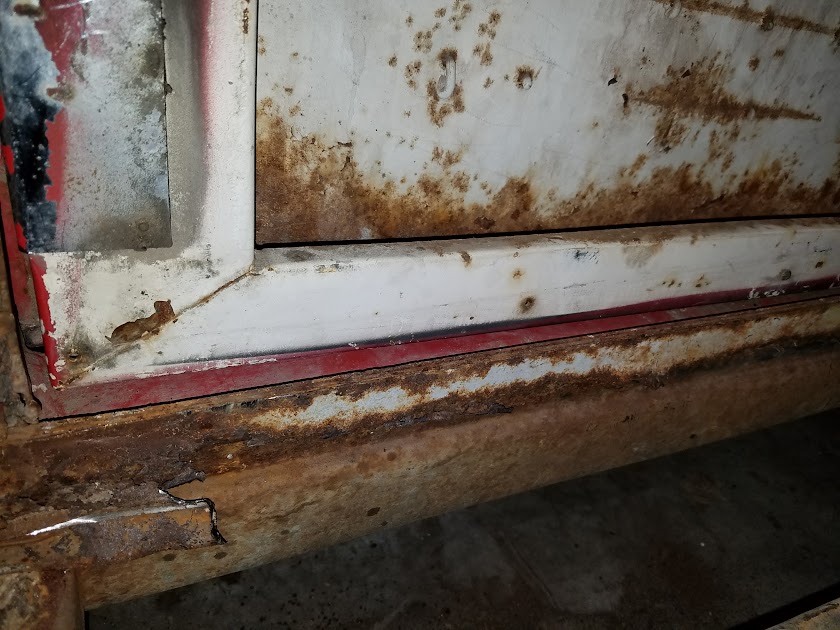 Offline
I had to cut off these custom radiator mounts. Less than quality work that I banished. 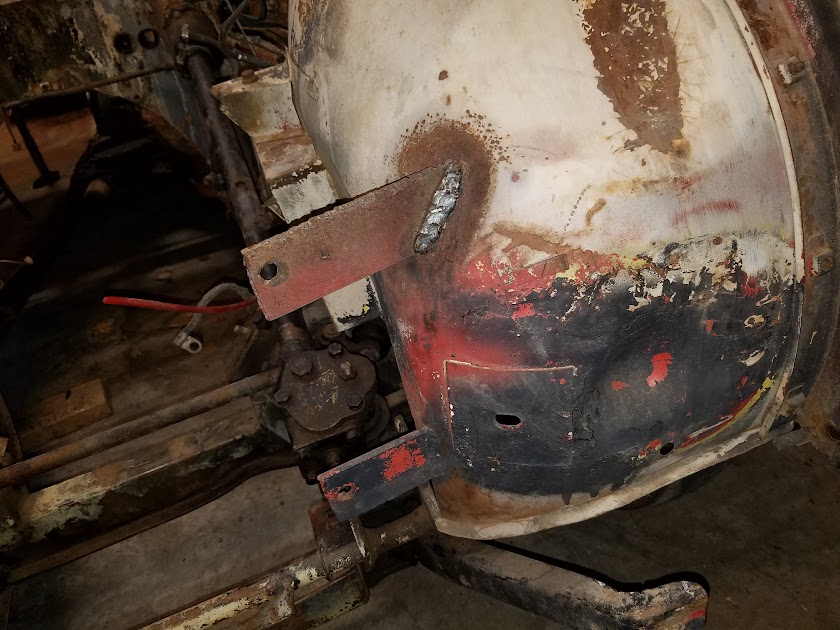 Offline
Looks like a great project. Most of your photos are not working for me though...ill be following along.

I think there's a limit on images (number and file size), depending on your membership level: Free, bronze, gold, platinum, etc.

Offline
Thanks for taking this on - hopefully you will find this forum not only a source of info but also motivation as you bring it back to life.

If you have the name of the Arizona owner who did all that I will see if I can have him suitably charged for molesting a TR3.
OP
M

Offline
Okay I will mess around with photos tonight. They are all links to another site so storage shouldn't be an issue. There may be some permission issues though...
Will look into a membership upgrade as well

Offline
And if you don't mind post pics of that engine bay! I'm curious to see the gt6 engine fit!

Offline
Those sills look pretty good, I still think you lucked out with that car.
OP
M

Offline
Sorry I didn't get any pictures of the GT6 motor in the car. Such photos would be graphic and inappropriate. .

ml_engr said:
...There may be some permission issues though...
Click to expand...

I think there may be a limit on photos until you have a few more posts - not personal, just a way to limit spammers who sometimes crash the party.

I can see them now, possibly our moderator (the man behind the curtain) lent a hand there.

Offline
My car is TS33077L; there is a good chance that mine and yours were made on the same day. The first photo was taken when I first started tearing it down ... it was not quite as good as the one you have. The second is what it looks like now. I am not a mechanic but I learned a lot during the journey. If I can do it, you can do it. Keep posting pictures of your progress, I am keenly interested in watching you bring it back. I took a lot of pix along the way so if you need any reference photos during your work, tell me what you want to see and I'll try to send them to you. 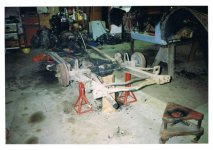 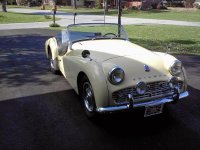 Offline
Buy your floors from Moss or Rimmer, the TRF floors are not very good. Buy your inner rockers from TRF if you need them, they have ones that actually fit.
OP
M

Offline
Here are some crime scene photos of the apron hatchet job...what the perpetrator lacked in skill he made up by using the wrong tool.
Other than the obvious its in decent shape. If I can find good details on the contours to make a patch, or an apron that a can cut a patch out of I think I can save it. 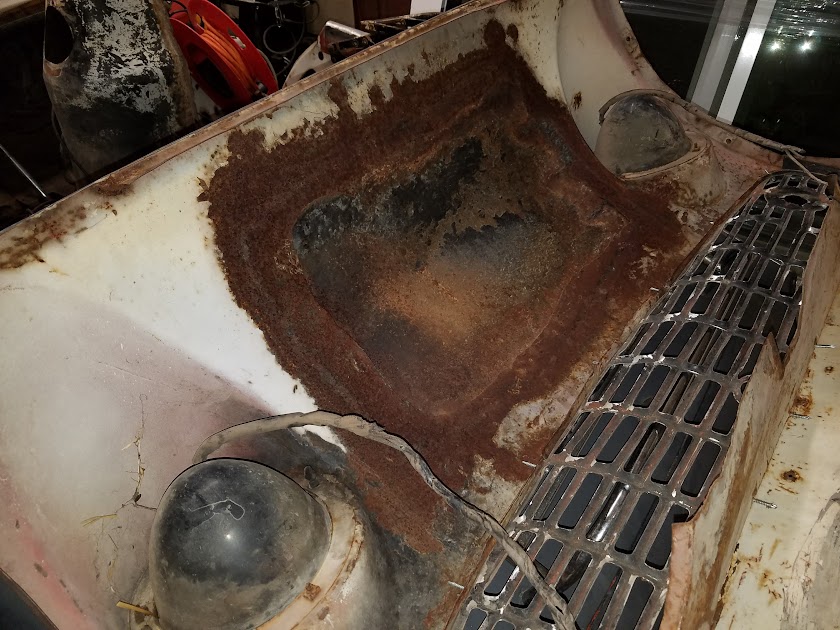 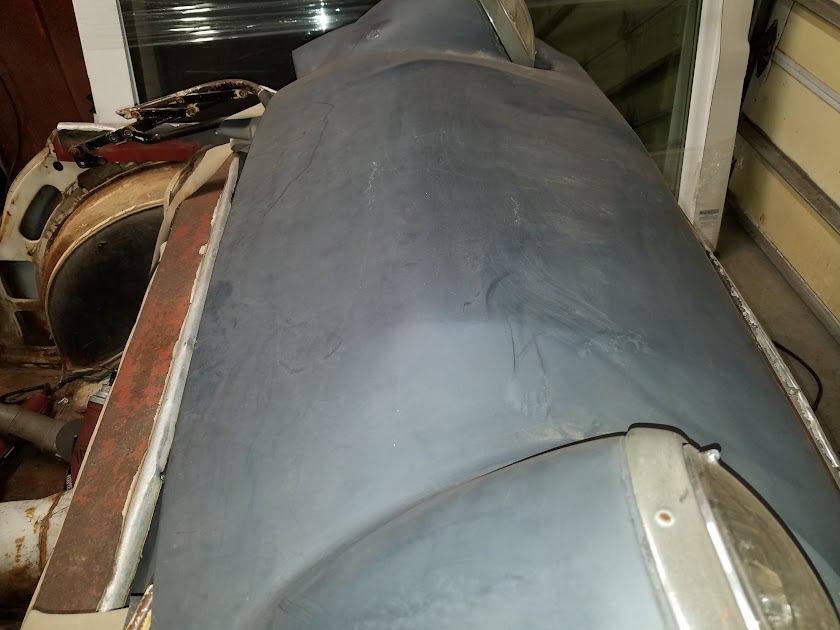 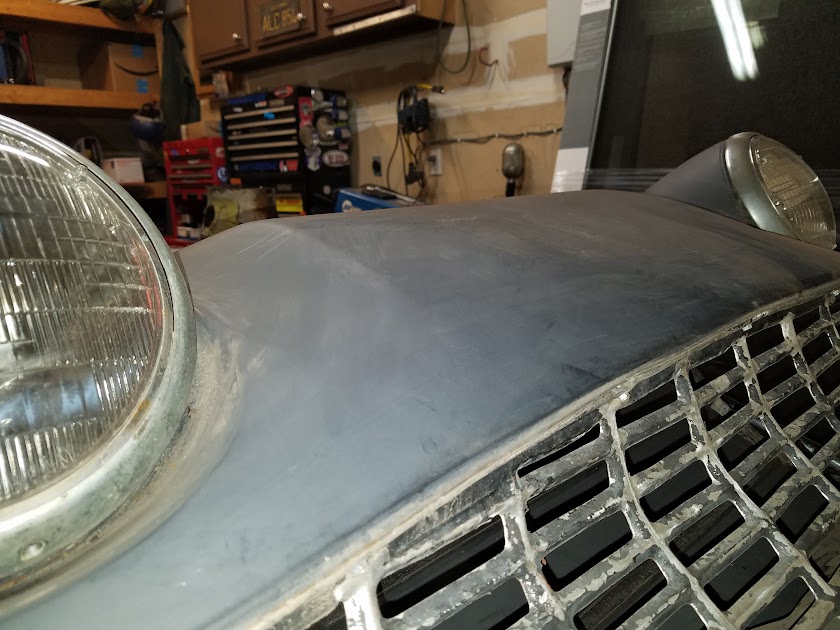 That area of the apron is usually still in pretty fair shape even on examples that are really beat up &/or rusty so perhaps a donor that could provide a patch is a reasonable solution.

Offline
I take it that was to make room for the radiator to move forward with the GT6?
John

Offline
Strange how so many people want to replace the TR engine. Several people have asked if I am going to put a small block Chevy motor in my TR and auto transmission. I tell them that the TR tractor engine works great.

Good luck with your project. You will get lots of help and advice here.

Offline
I think the engine swaps may be less an issue with the original motor but more of a drive to wrench and turn the car into a personal creation. Having built a Spit6 many moons ago I just thought it was a cool thing to do. Most times those swaps are less than successful but once in a while a nicely executed swap creates a pretty cool car.
Randy
59 TR3A - running
70 TR6 - running
64 TR4 - now with the next custodian
Similar threads