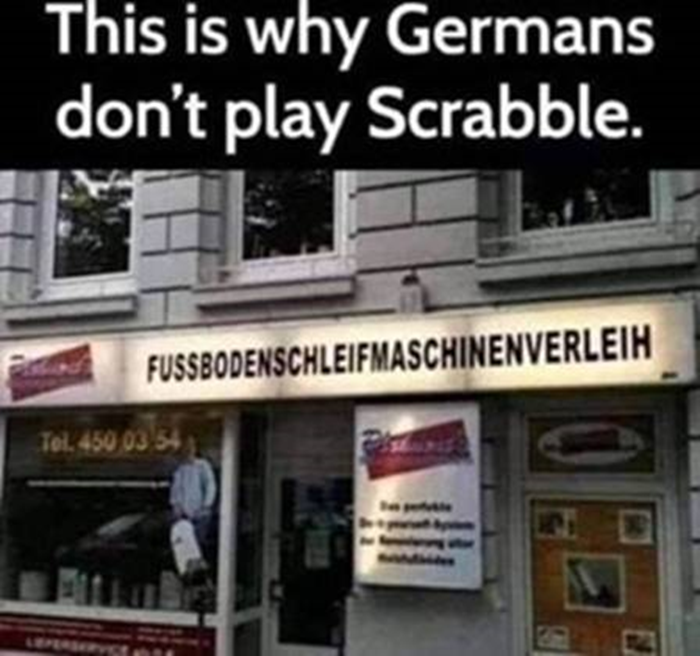 Staff member
Boss
Online
You can rent them at Home Depot too!

DrEntropy said:
First time I saw German for "combustion chamber" I thought it was a joke.
Click to expand...

It's a small area above a piston that contains gas and air which is compressed and then ignited by a spark.

Offline
"But that's not important now".
"Across from the bar there's pile of beer cans,
been there 27 years....."
OP
M


If you had enough tiles,that'd be high score.
"Across from the bar there's pile of beer cans,
been there 27 years....."

maynard said:
I meant what is it on German?
Click to expand...

Offline
You just knew all those hours of high school German would come in handy
some day.
"Across from the bar there's pile of beer cans,
been there 27 years....."
T

AngliaGT said:
"But that's not important now".
Click to expand...

And the winner is...

Good one, Doug; you beat me to it!

Offline
An unlimited class hydroplane on the circuit when I was a kid was "Fierschpittenlaudenboomer".
Bob

Offline
The satirical butchery of the German language Trevor posted called to mind a silliness we perpetrated on a client we'd come to know over years of doing work on his odd "fleet" of cars. He'd found a Mercedes 380-SL he'd just bought for his wife, who was recovering from cancer surgery, as a "pick-me-up." He brought it to us to check over and service. It was gold with the chrome "eyebrows" on the wheel arches, we joked with him about it being a bit to "flash" for her.

Before I closed the hood, I lettered a piece of duct tape with: