Offline
Drove it for four days on a longish trip from Portland, Oregon, up to Whistler, British Columbia, and back. No problems. Got home and put it in the garage.

Pulled it out to wash and detail it the next day, and when ready to drive it back into the garage, it decides to go into "failsafe mode" and throw about another half-dozen codes. It cranks but won't fire. The steering is locked. Took three tow truck operators and two tow trucks to get it onto a flatbed for the ride to my local mechanic.

REALLY FRUSTRATING. This could have happened far from home and far from assistance. Could have ruined a vacation and actually put us in danger.

I didn't even open the hood (bonnet) when washing and detailing it. I have no idea whatsoever on why it would go TILT like this.

Of course the Owner's Handbook is silent on the subject of failsafe mode; or at least the index is and I can't bring myself to read the entire 999 pages of the thing to try to find it.

I have the 825-page Workshop Manual for the car in PDF format and a search returns no hits; the word failsafe apparently isn't anywhere in 825 pages.

Offline
If it were mine, first thing I'd do is disconnect both battery terminals and see if it will "reboot". May be a simple gremlin.

Mickey Richaud said:
If it were mine, first thing I'd do is disconnect both battery terminals and see if it will "reboot". May be a simple gremlin.
Click to expand...

That's a good thought. Maybe I'll install a battery disconnect switch so that it's easy to reset while away from home. I'll ask my mechanic.
Reid Trummel
Editor, HEALEY MARQUE magazine

Offline
Just an idea. If it ran perfectly for four days, then died a sad death after a short move for the wash, check under the car and see if there's a trace of fluid.

There are several online reports of system lock up due to a failed clutch hose.

Be careful about battery disconnect. That could reset a lot more systems than you might expect.

Also, if you're searching a digital version of the manual, try searching "fail safe" instead of "failsafe".

(If all else fails, please ship car to Connecticut.)

NutmegCT said:
Be careful about battery disconnect. That could reset a lot more systems than you might expect.
Click to expand...

I'll ask my mechanic, but how bad can it be? Losing the radio presets (which I never listen to anyway) is a small price to pay to be mobile again.

NutmegCT said:
Also, if you're searching a digital version of the manual, try searching "fail safe" instead of "failsafe".
Click to expand...

Good suggestion, but no joy. When I'm finally installed as Supreme Dictator there's going to be an edict that if the "information center" in the car uses a term, it MUST BE fully explained in the owner's handbook and workshop manual.

The other annoying thing the car did recently followed it showing a Tire Pressure Monitor System warning light. I had let it sit for a few months and I suppose the tire pressure went down (although I thought we were over that and it really never happened anymore in modern cars), but when I aired up the tires the light remained on. There are several tens of thousands of words on the Internet about why the light goes on (like we needed a 25,000-word essay to tell us that it's because the tire pressure was low), but zero words on how to reset the light. I've driven it 50 times since adjusting the tire pressure, but the light will not go out. I've asked my mechanic to take a look at that too.

Overall the experience constituted a huge step towards the day that I sell all of these so-called "fun" "hobby" "classic" cars. The first 15,000 unreasonable breakdowns and glitches I could take. My sense of humor is now running on fumes. Or maybe it's German cars I need.
Reid Trummel
Editor, HEALEY MARQUE magazine
P

Offline
Fun when they work and a major PITA when they don't. Can you contact the factory in England? Maybe they have the answer.
OP

pdplot said:
Fun when they work and a major PITA when they don't. Can you contact the factory in England? Maybe they have the answer.
Click to expand...

My local mechanic - owns an independent shop - is actually factory-trained for Aston Martin and Ferrari and probably several other exotics. He used to work for Ron Tonkin Gran Turismo, the country's oldest Ferrari dealership.

But you make a good point that at least Aston Martin is still in business (although just how is a mystery) and so at least there's someone to call, if it comes to that.
Last edited: May 25, 2019
Reid Trummel
Editor, HEALEY MARQUE magazine
OP

Offline
Here's the new formal portrait of my Aston: 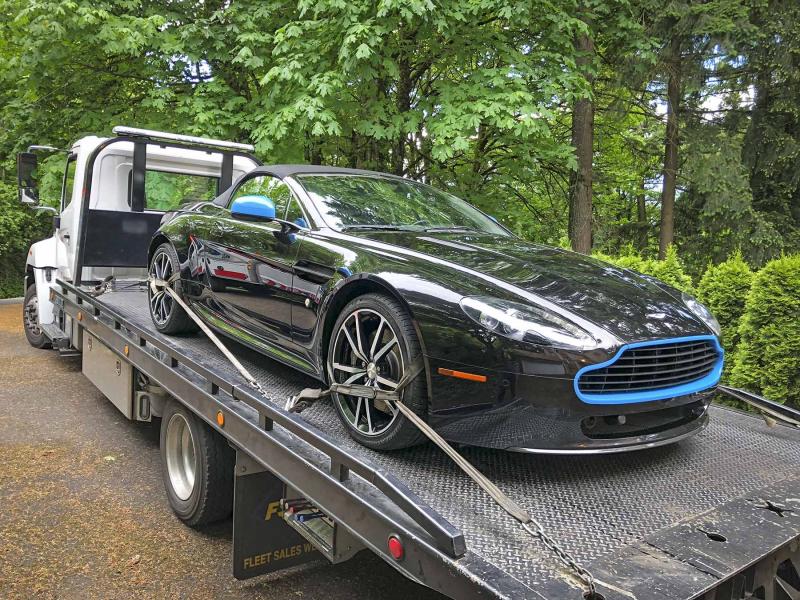 Offline
Not that it helps with diagnosis but going to the original post did you get something very wet?
John-Peter Smit
1976 MG Midget
1969 Vauxhall Viva GT
1958 Fiat Multipla (Barn art)
J

Offline
beware, a friends work van (mercedes) goes into Security mode if you disconnect the battery. It thinks it is being stolen.
OP

JPSmit said:
Not that it helps with diagnosis but going to the original post did you get something very wet?
Click to expand...

Yes, I washed it. I drove it out of the garage into the driveway, no problem. Washed and detailed it. Went to start it to put it back in the garage and ... total lockdown. Turned over but wouldn't fire. Steering would not unlock. Tried using the crystal (the key) numerous times to lock and unlock it. Held down the unlock button for several seconds. No joy. Held down the lock button for several seconds. No change. Did everything I could think of to reset things. It would still lock and unlock the doors, and the engine would turn over real well, but no ignition, and no steering unlock. Lots of info in the "informational center" window in the tach, including "Failsafe Mode" (I think that was the wording) and "Directional Stability Control disabled" and probably another three of four "codes" that flashed by too fast to remember.

I had detailed the interior and the boot/trunk, but never even opened the hood/bonnet. There are a couple of small grilles in the bonnet that allow some water to drip onto the engine, but that happens any time it's driven or parked in the rain.

I was in and out of the car several times with each door opened and closed several times, and the key (the crystal key) was inserted and removed several times to allow windows to be lowered and raised. The car was parked on a slight slope during this time. I've racked my brain trying to identify a cause for this lockdown, and obviously something caused it, but it sure isn't obvious, at least not to me. I mean, if you can't even wash the car and open and close the doors and lower and raise the windows and park it on a slight slope, then it's not a car, it's a time bomb.

Haven't followed up with the mechanic yet to see what he has learned. He works on all kinds of exotics and is a Ferrari owner himself, and since there's no Aston dealer here in Puddletown, he's the best we've got. Next step would be a flatbed ride to the nearest Aston dealer, 190 miles away.
Reid Trummel
Editor, HEALEY MARQUE magazine 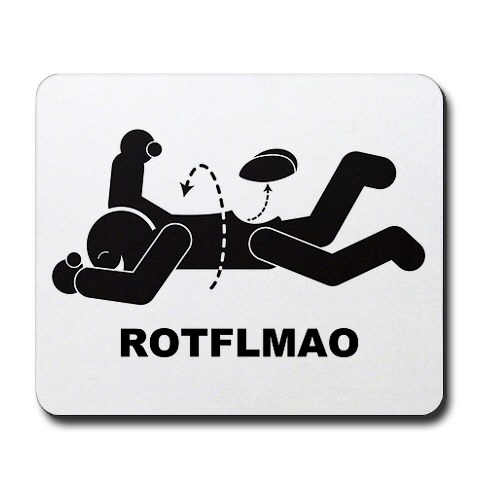 If that 911 I looked at hadn't been so road-rashed, or if the Ferrari 308 I test drove had passed the pre-purchase inspection, I'd have owned my first 911 or first Ferrari. But no-oo, I had to go and choose the marque that James Bond drove, forgetting that James Bond is a fictional character and he would never have defeated Goldfinger, much less Dr. No, if he had to depend on a British car.

Aston Martin driver: "Do you expect me to drive?"

Editor_Reid said:
The other annoying thing the car did recently followed it showing a Tire Pressure Monitor System warning light. I had let it sit for a few months and I suppose the tire pressure went down (although I thought we were over that and it really never happened anymore in modern cars), but when I aired up the tires the light remained on. I've driven it 50 times since adjusting the tire pressure, but the light will not go out. I've asked my mechanic to take a look at that too.
Click to expand...

With my Audi, one goes into a series of maintenance screens on the dash to re-set the TPMS. Simply adding air will not make the warning light go out; evidently, the system needs to re-establish a baseline at the new pressure. It's easy to do on the Q5, but then it's also in the manual.

Related: my wife has a Prius that had a pesky warning light that wouldn't go out (and hers is the type that will automatically go out when the pressure is back in the normal range). Turns out it was the spare tire!!! I'll never forget that one.
- Mark

Offline
Further:
Mentioned this to my dear friend (Michael Attwood) and he told me that it sounded just like a problem that his friend had with his Aston (2007) and another friend of his with a BMW. Almost always related to battery voltage – one apparently needs to renew batteries quite often on these newer cars!
His friend, Harvey, discovered a quite-involved process for overriding the lockout, and an Aston technician came out free of charge to reset the whole system.
- Mark

Offline
Thanks Mark, but we replaced the battery less than two years ago, and less than 4,000 miles ago at a cost of $560 (you have to dismantle half the interior to get to it, behind the passenger seat). I keep it on a Battery Tender. Plus it would crank very strong; just wouldn't fire. I stopped by the shop this morning to see how it was going, but they were closed for Memorial Day. At least the car is apparently parked inside as it was not in their outdoor lot, so repairs are likely underway.
Reid Trummel
Editor, HEALEY MARQUE magazine

Offline
Sure hope it's something relatively simple that you can head-off in the future. Good luck!

EDIT: I also hear that disconnecting the battery is a very bad idea with Aston-Martins. One wonders why these computerized cars don't have a re-boot button. :rolleye:
Last edited: May 28, 2019
- Mark

Offline
Maybe it got confused,& thought you were driving it
in the rain,so it refused to start.

AngliaGT said:
Maybe it got confused,& thought you were driving it
in the rain,so it refused to start.

Not sure I follow you (almost completely sure that I don’t), but in any case I drove it in the rain all day the previous day. It didn’t do this in any of the days I drove it in the rain, and it didn’t this time either since it locked up on a rainless day.
Reid Trummel
Editor, HEALEY MARQUE magazine

Offline
Reid - what's the status? After a week still no joy?

(Glad to read that others have also heard it's not a good idea to completely disconnect the battery on these new-fangled four wheel computers ...)