Thinking out loud and trying to understand.

DrEntropy said:
Any resolution to this, JP?
Click to expand...

In a word - maybe. I have played with the choke (it may <may> have been a bit hung up) I have also put a spring on the carb. Unfortunately it has been raining solid all week and while it was sunny today it was cold and I was very very busy. So I think I am on the right track and hopefully get a test drive this weekend. Thanks for asking.
John-Peter Smit
1976 MG Midget
1969 Vauxhall Viva GT
1958 Fiat Multipla (Barn art)

Offline
So... it ~may~ be a choke hangup. A spring on a single carb SU choke link?

C'mon! Even if you'd tie a string to it and pull it when it over-runs you'd have the answer.

Offline
So I think it's the choke. Who would've seen that coming?

Checked the choke three times - dialed the carb back a flat and hit the road - a block and a half and it is running like cr*p. Back to the house pulled the plug and sooted up again.

Pulled the next three and they were perfect - so likely the one plug wire was loose. Did what you really shouldn't (two fixes at once) but, dug out a pair of original brand plugs installed and went for a drive. Had the nicest drive I have had in 2 years (likely one of the longest as well) came home pulled in the garage pulled the plug and perfect colour - a nice light brown. so happy.

Here she is tucked into bed for the night.

One more question - I think it is time for new plug wires any reason I shouldn't just go to Canadian Tire and pick up a set? Thanks all for your input. Oh and was coming home and just ahead was an early 70's Porsche (911 or 912 - I couldn't get close enough.) Smoking like crazy and we went on different ramps and as I passed him the exhaust was popping and crackling and I wanted to yell 'it's the choke!!!!!' 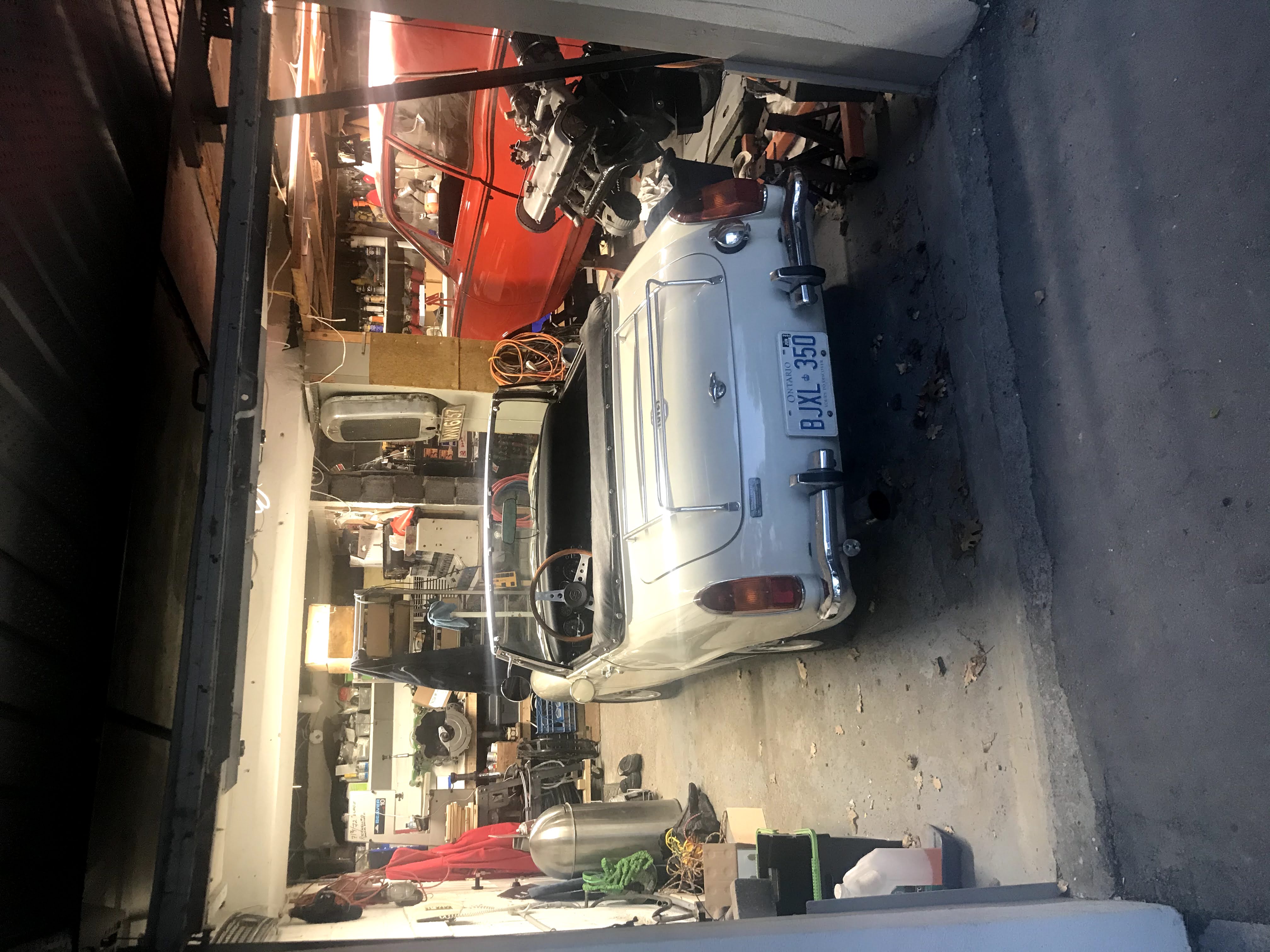 Offline
Your one more question - answer.

it’s working.
By your own reckoning you have just had the nicest drive in 2 years. Don’t mess with it !

it’s working.
By your own reckoning you have just had the nicest drive in 2 years. Don’t mess with it !

Unfortunately I already have three wires from one set (and one of those the rubber is deteriorating) and the fourth from the other set - if I look at it sideways it falls off.
John-Peter Smit
1976 MG Midget
1969 Vauxhall Viva GT
1958 Fiat Multipla (Barn art)

Offline
Check the plug gaps. Plugs may be too cold. What plugs are you running?
Similar threads