I am rebuilding the steering box of my BJ7. With the installation of the inner ball bearing, I encountered problems. Somehow the ball bearing seems to be crooked and does not touch the outer race. Any suggestion on how to install the ball bearing correctly? I was thinking to remove the felt bushing to create more play, but how can I reinstall that after the steering rod is in?

Offline
If the box is in the car, use a little grease to hold the caged bearings in place when you insert the shaft. If it's on the bench, if you can find a way to hold the shaft upright, and get to the box with, say, a ladder (though I haven't tried this).

Online
Make sure the upper/outer race is in squarely and fully seated then, as Bob suggested, use some grease to stick the ball bearing cage and balls onto the inner race on the upper end of the worm and then carefully insert the shaft & worm with caged balls into the box. Once the worm and upper bearings are in place you can install the lower balls and race. I have found that if you stick the balls and cage into the upper/outer race inside the box first, it can be tough to get the inner/lower race to go in.

As you add/remove shims on the end plate to set the end float, you have to be careful the shaft doesn't slide out and miss-align the upper set of balls again forcing you to start over (frustrating job as it is without having to start over).

Whatever you do, don't use force as it is possible to damage the balls and races and, as you probably have noticed the inner races are ground into the worm and aren't replaceable.

Online
I've done it both ways. If the felt bushing is used and slightly compacted, it's fairly easy to push in after the shaft is installed, but if the felt is new and un-compressed, it can be a bit if a struggle. If the felt is new felt, I think it's easier to install it first and then the shaft.

Another thing to consider if the felt is new, it causes a surprising amount of drag when turning the shaft. I think it's a little easier to check the bearing preload and determine what shims you need without the drag of the felt in place - just food for thought.

Offline
I ruined the rear bearing and race by doing as described above. Bought a new worm from DW. In the process of rebuilding, I installed this centering bush made from a piece of 1" EMT with a tapered edge. This causes the bearing to automatically center on the race, thus preventing damage. 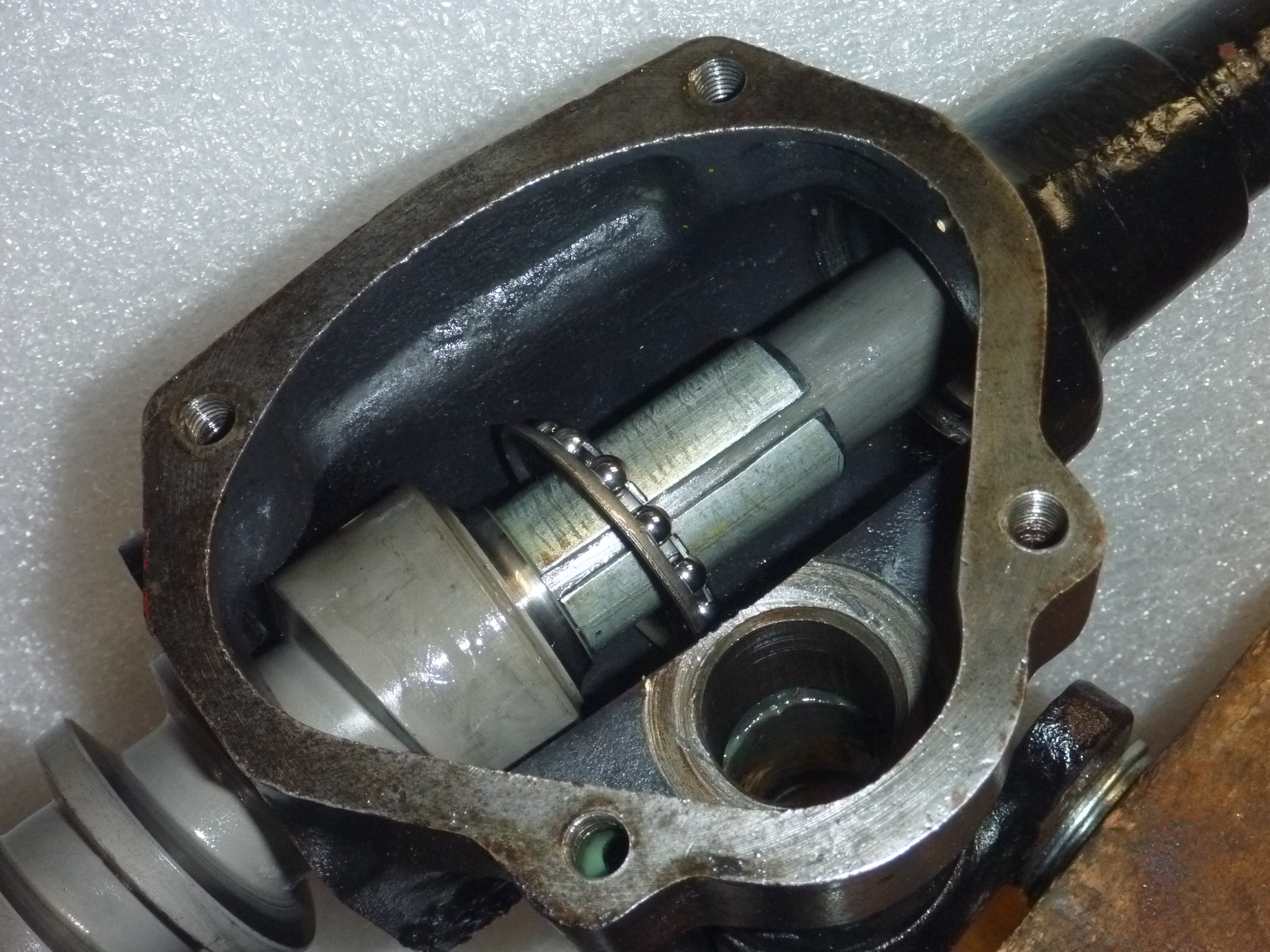 Offline
After ruining the rear bearing, i finally got it in. Thanks for the comments.
Similar threads