Offline
Recently replaced differential and according to Quantum Mechanics who rebuilt it I should change the oil.
Question is how to do this as it has no drain plug. So I imagine I need to suck it out from the fill hole. Any thoughts on best way to do it?
1961 Sunbeam Harrington
1969 MGC 1979 Triumph Spitfire (Sabrina)
1968 Austin 3 Litre
2004 Jaguar X-Type
1967 Rover 2000 TC

Offline
A Mightyvac extractor works great for such things. Use mine at least 4 times a day. 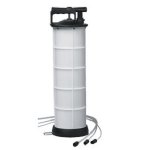 Offline
Clever of STC (or was it BL?) to save 50d by eliminating the drain plug.

Your immediate alternative to sucking it out is to remove the diff cover. Long term - some drill and tap to accept a drain plug.

You can use the same one to put fresh oil back in.
Ken @
kencorsaw "at" aol.com
DRIVE 'EM IF YOU GOT 'EM 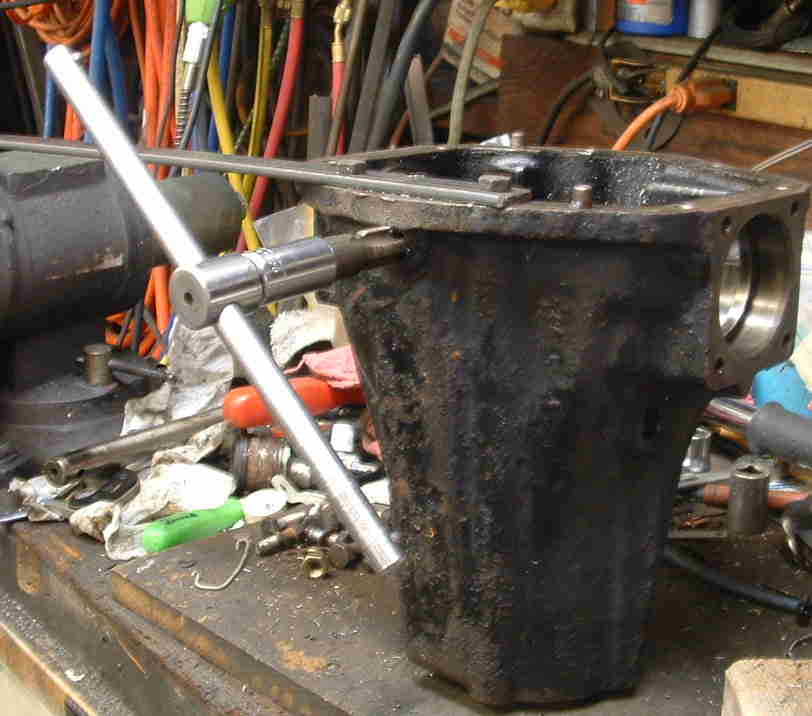 Offline
The shop manual says that the differential originally was filled with an oil that never needs replacement, and shouldn't be replaced, just topped up occasionally. I don't think they were figuring on the car being in use fifty years later, though.

Sarastro said:
Are they saying that you should change the oil after a short, break-in distance? I dunno if that is necessary; I can't think of why it would be.
Click to expand...

It's probably not *needed* as I've never heard of a break-in service on any differential in a new car or truck I've worked on, but I think it's a probably a good idea on a rebuilt 50+ year old unit. You get some immediate feedback on how the new parts are wearing-in together via any particles in the oil, and if nothing else it gets the small bit of wear-in metal out of the diff.
I'd do the same on any old transmission I rebuilt. And I definitely do an oil change after the cam break-in on any engine I've put together.
Being able to see the lubricant is also one of the reasons I've kept the original canister filters on my TR2/3/6 engines (when I actually had an LBC :frown-new: ). I can get a good look at what the filter is pulling out of the oil.
OP
N

Offline
Well I also thought it was filled for life but John at Quantum mechanics said I should change it. so I will just to be on the safe side.
I want to thank everyone for their suggestions and help.
Tom S
1961 Sunbeam Harrington
1969 MGC 1979 Triumph Spitfire (Sabrina)
1968 Austin 3 Litre
2004 Jaguar X-Type
1967 Rover 2000 TC

Offline
Always the question with anything "for life" ... Whose life? Often it's only the life of the warranty.

But I've wondered sometimes if they didn't bump into the same problem we have today, with some gear oils not being good for the thrust washers and so on.
Randall
56 TR3 TS13571L once and future daily driver
71 Stag LE1473L waiting engine rebuild
71-72-73 Stag LE2013LBW waiting OD gearbox rebuild

Geo Hahn said:
Clever of STC (or was it BL?) to save 50d by eliminating the drain plug.

Your immediate alternative to sucking it out is to remove the diff cover. Long term - some drill and tap to accept a drain plug.
Click to expand...

Unfortunately, there's no "cover" per se on a Spitfire differential. And good, bad or otherwise, Standard-Triumph eliminated that drain plug around 1963 or so. Sure, it can't hurt to drill and tap the case for the same plug as used to fill. Of course, you will lose about 1/2" ground clearance, but I don't think that's a major factor.

This is a tiny image but does show where that plug once was:

Offline
When I refurbed my running gear, I replaced the drain plugs with hex drive plugs with magnetic inserts.

The hex drive is built into the body of the plug providing a lower profile than the original plugs and the hex drive I fill with a bit of grease to keep road dirt from plugging the hole.

The hex drive is less likely to round out when removing the plug.
1957 Triumph TR3 TS21383L "Bettie"

TomMull said:
I suppose one gets used to simply pulling a plug to drain the oil but it is really no trouble to suck it out with a vacuum or a pump and it's actually a bit tidier. I've been doing it on inboard boats, which rarely have any access to the drain plugs, for 50 years.
Tom
Click to expand...

It's SOP for some of the new Mercedes engines. The sump is plastic, with a big plastic drain sealed with an o-ring that you need a special socket to remove. Work instructions for basic service is to suck the the oil out the dipstick tube. Drain plug only comes out if you need to access the bottom end for some reason. My guess is this is to keep techs who don't use torque wrenches from stripping the plastic plug.
Similar threads