Menu
Log in
Register
Install the app
You are using an out of date browser. It may not display this or other websites correctly.
You should upgrade or use an alternative browser.

Offline
OK, nostalgia time for all you Mini owners & lovers. They say "you never forget your first Mini..."

How about you tell us all about your first Mini. Year, make, model, color, any adventures in it? Fun stories, etc.?

For you Mini lovers who don't own a Mini yet, how about you tell us about your first ride or drive in one?

Offline
My first.....and only.....Mini. It was a 1965 850 Deluxe with the over-riders and corner guards. Blue with grey interior. Two of my friends had 1000cc Minis, and one had another 850, even older than mine, with the push-button starter on the floor in green. The number plate was EBF486C, and this was the first car that I ever bought for myself
My Blog
My Facebook Page
B

Offline
My first Mini was a red 850, I bought when I was a strippling of seventeen. It had a floor start and long "wand" gear change. Registration number 477 DXO.

I taught my then girlfiend, (now long suffering wife), to drive and she somehow managed to break the gearlever clean off whilst trying to change into first gear. Being short of cash I couldn't afford a new one, (gear lever or girlfriend!), so I retapped what was left of the shaft to accept the gearknob. Worked out really well as i had to lean right over into the passenger to change gear!!.

Offline
First one was “partly-owned” by me and a friend. We were 15 and didn’t have driver’s licenses, insurance, or any other legal “details”. We drove it in the rural woods of the southern New Jersey pine barrens. It was an early ‘60s car that his Dad got for free (he ran a gas station). We blew it up in short order, but it promoted my interest in front-drive and I ended up co-purchasing a SAAB 93B with another buddy (he still owns it).
About 10 years later I bought a red ’61 850 Mini and dropped a 1275 in it. It was fun, but I was busy with a young family and grad school, so it got replaced by a VW Rabbit (Golf).
Later I bought a Clubman (which my ex still owns…we have this joke: I have "visitation rights").
A buddy of mine recently bought a red ’61 850 Mini on e-Bay and I got a ride in it last weekend. They are neat, but I can’t keep up with the toys I already have.

Offline
Well, the 2002 MCS is my first but I grew up with Mini's. My parents had a Austin Mini back when I was a kid and my grandparent's had a travler that we stuffed three adults, two kids and a week's worth of luggage for a trip to the beach at Sheringham.
2008 MINI Cooper Clubman S
2002 MINI Cooper S
1979 Triumph Spitfire
1968 Triumph GT6 - owned 1978 thru 2002

Offline
My 2003 MINI S is my first Mini, I compare it to my old GT6 MKIII, except it has Air, sunroof, and front wheel drive, and seats 4, loved the GT6 and the MINI is getting to grow on me after a day on a roadcoarse.
Larry
R

Offline
My first mini was'nt really mine it was my girlfriends at the time a 64 850 that got the treatment ,head job twin su's s xtractors lowerd etc. we had a lot of fun in that till i went to pick her up from work one wet after noon in a big hurry lined up this paticular corner that i loved pulling around 6grand in 2nd and hit a little puddle then all heck broke loose,big bang instant lock up. coasted around the corner lifted the bonnet to find one very ventelated engine .standing there trying to think what happened and realised i had left the air cleaners off. ooopps, in my hurry to pick her up and had swallowed a belly full of water when i hit the puddle and instant hydraulic and bang,have owned many since. then in 79 i built and raced a 1071 powered riley elf on the dirt,1/4 mile, and was lucky enough to win N.Z saloon title in 1980 season with it. fantastic little motor car with a lot of special memories for me
red baron,no 56
O

Offline
Well, my first Mini is the 1975 that I just picked up. Not too many stories to tell yet, but I'm sure there will be alot to come. One thing that I don't think I was prepared for was the size of it. I pulled up outside the guys house, and thought that it was tiny!!
1975 Mini 1000

Offline
My first was an Orange '79 Clubman Saloon that I had while I was living over in England. I loved that car and drove it for about 1 year until it was written off by a Cocker Spaniel. Last year I picked up a 1960 Mini that I am looking to do a full restore on sometime next year. I can't wait until I get it going so I can be driving a Mini again.

Offline
HJC 94 was a 1960/61 blue 850 originally, bought at an auction in Liverpool for 40 pounds in 1968.
Immediately taken home, rear subframe replaced, new brake and fuel lines (inside), engine replaced by 998 with 731 cam, home re-worked head, Lucas comp distributor, Janspeed inlet & exhaust manifolds, 1.5 in SU carb.
Front brakes became 2LS (better than all disks at at that time apart from Cooper 'S') with vacuum servo and hard linings. 4.5"J x 10" wheels with Dunlop SP3 tyres.
That's better - now it goes a bit. Or at least it did until my wife argued with a Bl**dy great red letterbox in the snow in the winter of '69, and lost. She was o.k. - a bit bruised and stiff - but the Mini was done.
I saved the best bits for the next one....
Roger
Ancient Briton
'67 Lotus Elan S3
'72 Lotus Europa TC
'05 Lotus Elise

Offline
Those letterboxes were (are?) substantial peices of work, cast iron if I remember right? You would lose any argument with one of those, in a Mini or not


I once dealt with a head-on accident in Edgbaston, Birmingham, involving a Mini van.....it had hit one of those old Rover P4s, and lost! The Rover had a dented front grille, the Mini was toast! No serious injuries thogh, it was at a relatively slow speed.
My Blog
My Facebook Page
X

Offline
My first Mini wasn't mine at all! It belonged to a fellow engineering student at FAU. It was a 1962 850 that had been "Cooperized". I didn't have a clue what a Mini was let alone a Cooper at the time. I figured the Mini had a 1275 and I had a 1293 in my Spitfire and at the time, the Spitfire was the reigning F production champion, so I could make this little shoe box look pretty silly.

Here we are, two boy racers, on the campus air strip converted to parking lot. Me embaras the Mini ... NOT! It was obvious the moment we left the parking places the Mini was a car to be reconed with. He left me in the straights, he left me on the turns, it was only under braking that I had any chance. (He hadn't opted for the Cooper disks) Unfortunately, there wasn't too much braking going on; so my Spitfire and I looked pretty silly being blown off by that little shoe box.

There's a reason Minis have a reputation. I learned that those many years ago and have respected it for all this time. I now own My first Mini: a '72 Canadian 1000 that has been "Cooperized". And yes, I did opt for the disks!!
There is no such thing as a boring car; hop in I'll show you!
A

Offline
My first mini is my current one, a Clubman van. And it's work in progress or more correctly a project upon which I can build up my skills. I've done a welding course but I have a long road ahead. Still, better than taking snorting coke of the stomach of a pole dancer - what a vacuous life that would be...

Took a quick view of your website, I've never heard of a Mini Clubman panel van before. I only thought they made panel vans with the original front end Mini's.

As far as you know, was yours originally built as a panel? maybe a converted station wagon?
No british car yet Taking donations
Meanwhile, my camera wish list is growing :crazyeyes:
My Photos 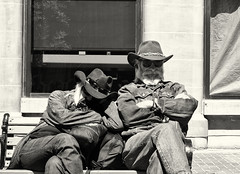 Offline
The van was never produced with the Clubman nose though. It may have had the panels grafted on, or it could be one of those fibreglass pieces that were the rage for "updating" Minis back in the seventies.
My Blog
My Facebook Page
G

Offline
Wrong again !
The Mini van was definitly built with the clubman front sheetmetal in the Australian Zetland factory during the early 1970s. When they changed over to the clubman style they dropped the earlyer sheet metal and built them alongside the clubman sedan and the clubman GT
I did an aprenticeship with the Western Australian Leyland distributors when they were released, and they built literaly thousands of them, they were on the road EVERYWHERE. As Angusdog is in New Zealand I would gues that it is probibaly one of the Australian built ones.

Thanks for that info, I only asked the question because I'm always after arcane automotive facts that no one probably cares about, those Aussies have always built their own style of cars just like the above example shows.

I've always been fascinated about all the different cars they make into Ute pickups in Australia, way more than anywhere else in the world.
No british car yet Taking donations
Meanwhile, my camera wish list is growing :crazyeyes:
My Photos

As far as you know, was yours originally built as a panel? maybe a converted station wagon?<hr></blockquote>

Sherlock,
The Minis were definitely produced in this body style in England, looks like for export too. I remember little mini vans zipping around the streets. Popular if you were a tradesman, like an electrician for example. I've seen them with ladders strapped on top that were longer than the van!

Here's a picture of another one...

Offline
We had two minis growing up. I learnt to drive in one of them, all I remember was that it was burgundy! But I do remember it having wonderful electrical problems if it rained hard. Especially, it seemed, if we were heading North on the M1 motorway (freeway), in the outside lane, in the pouring rain... and suddenly, the engine would cut out, and you had to negotiate two inside lanes of traffic that were now going faster than you, and you had to do it before you lost all rolling momentum! Dry out the electrics, points and such, if you could, and she'd fire right back up and away we'd go again. And just when you were getting confident that all was well and it wasn't going to cut out again, bam... there you'd be, struggling to get on the hard shoulder before the car stopped rolling! Fantastic in the dry though!!