Offline
MPH between the rings? 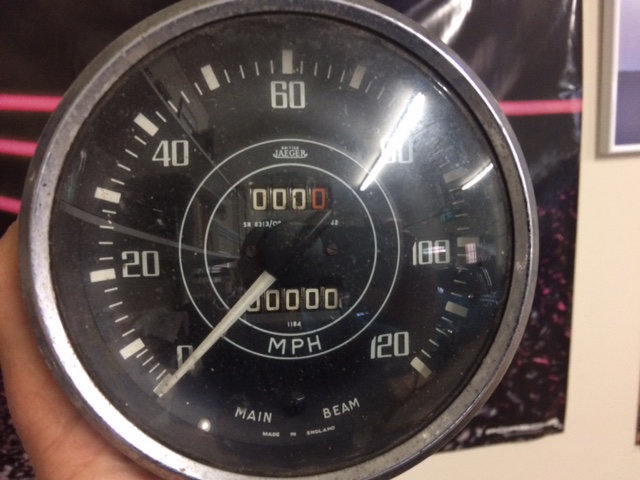 MPH under the rings? 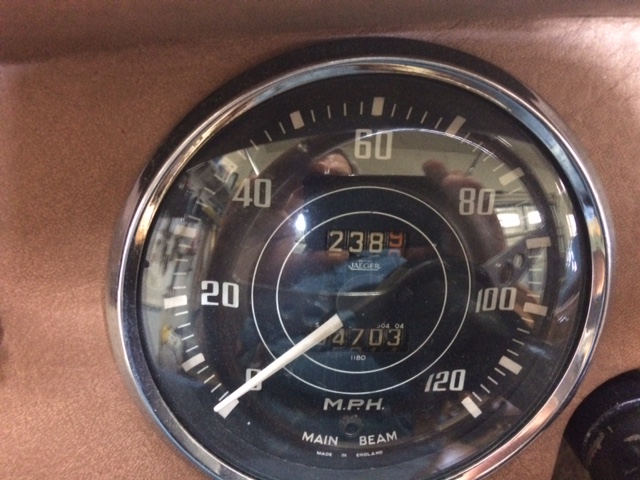 Offline
The bottom one
John

Offline
Which one matches your tach?

Offline
I like the one that has no miles on it :wink-new:

Offline
The original speedometer in my 54 TR2 has the MPH below the two rings. Also British Jaeger is written just above the center so my vote is also on the lower version. Speaking of speedometers, they should be mounted to the left of the tach up to TS29098 per TRA'a concours guide.

Offline
Sorry for waking up this old post, but seemed better to add to this thread vs starting a new one.

I just got back from the TRA national event. While there, I saw 2 variations of speedos with MPH or M.P.H. under the rings on TR2s and 3s. Is there any significance or timing for those two variations?
Last edited: Jun 23, 2018
54 long door running and almost pretty again. 63 tr4 good fun driver. 73 Tr6 mechanicals complete, paint next. 69 TR6 that should really be a parts car.....

Offline
If you are talking TR2/TR3/TR3A...then the only correct one is MPH below the rings. If you are talking TR4, the inside the rings is correct. The TR3B’s I’ve seen also have below, but I would not doubt there may have been some later in the “B”, since it tended to get many TR4 parts.

Then...the early under ring speedos had periods after each letter, i.e. M.P.H.

By the late TR3 the periods were gone.

Then, there are the PN under the needles. There were several of these, and the gear range is also printed on the face, which changed based on gearing.

Finally, there were “KPH” versions...presumably with the same gearing differences.

Did you see anything beyond these? I’m always interested in variations...
John

Offline
Oops, sorry, wrong question answered. I believe there was at least an approximate change point between "M.P.H." and "MPH"; but it's not well documented.

As John implies, there were something like a dozen slightly different speedometer heads fitted to the TR2-3B range. Some had different Stanpart numbers, some did not.

PS, there is a note in TSOA newsletter, Sept 59 issue, that corrected speedos (for the smaller Michelin radial tyres) were introduced at TS26656/TS26704. That might be when "M.P.H." was changed to "MPH"
Randall
56 TR3 TS13571L once and future daily driver
71 Stag LE1473L waiting engine rebuild
71-72-73 Stag LE2013LBW waiting OD gearbox rebuild
Similar threads