General TR Where to get HVDA parts and vibration when engaging clutch.

Offline
I recently developed a vibration when engaging the clutch on my 4A. Four years ago I installed the HVDA five speed Toyota conversion. In the event I need to replace any custom parts, such as clutch plate, does anyone know where to order HVDA replacements?
Paul
65 TR4A solid axle & 71 TR6
D

Herman passed in 2017. It seems the family has sold or are selling the HVDA information. I hope someone takes up manufacturing of the kit.

Offline
I tried an internet search as I knew of Herman’s passing and that the business was up for sale. I was wondering where people are getting their parts. If I have a pressure plate problem, that is easy as it is a stock TR6 item, my concern is that I may have some form of issue with the clutch plate or throw out bearing.
Paul
65 TR4A solid axle & 71 TR6

Offline
Check your instruction booklet. I believe all of the clutch parts are standard items; except for the hydraulic actuator which Herman told me can be rebuilt using commonly available O-rings.

Offline
I hope that at some point someone starts to make the kits available again. Seemed like a great solution to the early TR overdrive issue.

Online
I found these two pages in my HDVA install booklet.This was for my TR6. Hope this helps..... 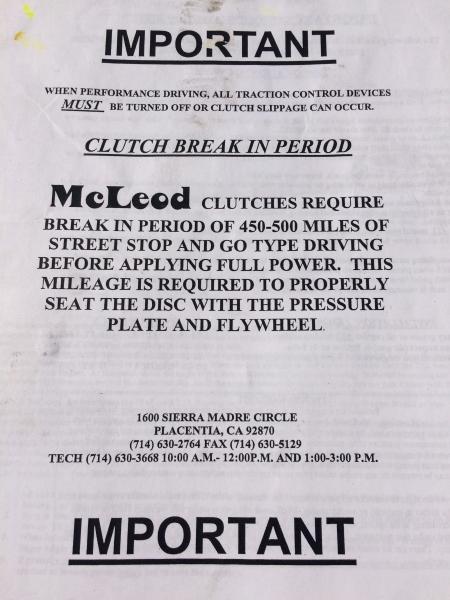 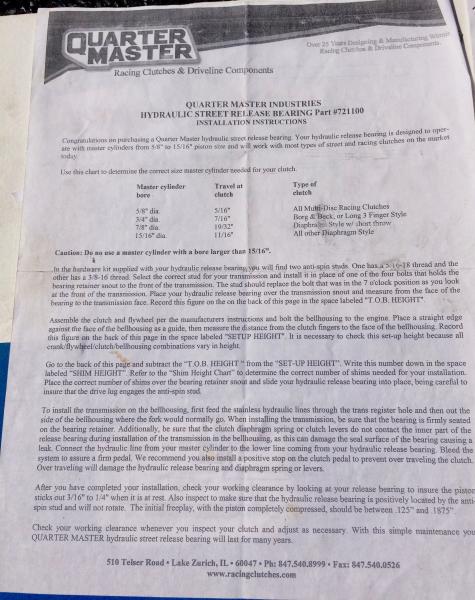 Offline
Came across this piece of information on the conversion.

Offline
Arg.. I am typing all this a second time after it disappeared...

Not to further muddy the water, but I also have a HVDA in my TR3.

To not have a shake/shudder the proper bronz(?) bushing must be installed into the end of the crank -under the flywheel. The early cars (like mine) have a deeper recess machined into the crank than the newer ones. Most use a short bushing. The bushing must be a snug fit onto the transmission input shaft, and also fit snug into the crank. If you put a later bushing into an early crank, it will slide forward too far, and the input shaft will not reach the bushing -ask me how I know... The bushing keeps the input shaft centered into the center of the crank, and aids smooth operation of the clutch.

Also, Herman sourced his clutch discs from the best sources he knew. But on at least one occasion, the vendor subcontracted the manufacturing of the discs to a cheaper manufacturing facility. One thing that happened is the retainer that holds the springs was reduced from a rectangular hole with beveled sides, to simply a rectangular hole without the beveled sides. This resulted in a plate that worked, but over time, the springs dug into the non folded sides, eventuality cutting far enough that the springs were no longer retained in the hole, and caused complete clutch failure (ask me how I know).

The second set of parts I purchased from Herman were on 3/23/16. The disc was $105.00, the (tr6 style) pressure plate $130, the long input shaft bushing $14.00. I'm sorry but I don't have the generic part numbers or sources. I also cannot find my pictures of the failed clutch compared to the new clutch. Before you install your new disc, I highly recommend you make sure the springs are retained by FOLDS in the plate, and not simple holes cut.

I enjoyed speaking to Herman, and he really knew his stuff. I love the HVDA, even tho I have had a few problems. If I can help in any way, please tell me how.
Jer
59 TR3A "Butter"
OP

This is probably what I need thanks for taking the time to find it and post it.

Offline
I have a complete HVDA kit for my 4A that I'm slowing working on here (sorry both are not for sale) and I went out to the shop to check the disc for you. It is in a box from clutchnet.com, the disc has an engraved clutchnet marking on it but no part # on the box or the disc. Clutchnet is USA company and I would suggest contacting them and they might be able to look up Herman's account and find their part # for us. I say "us" because please post what you find. Hope this helps.

edit: the disc I have has the folded metal over the springs as noted above.


Paulus said:
I recently developed a vibration when engaging the clutch on my 4A. Four years ago I installed the HVDA five speed Toyota conversion. In the event I need to replace any custom parts, such as clutch plate, does anyone know where to order HVDA replacements?
Click to expand...

Offline
So I contacted California clutch (clutchnet.com) and they say that they supplied the HVDA clutch disc. When I get five minutes I will follow up with a phone call and post what I learn.
Paul
65 TR4A solid axle & 71 TR6