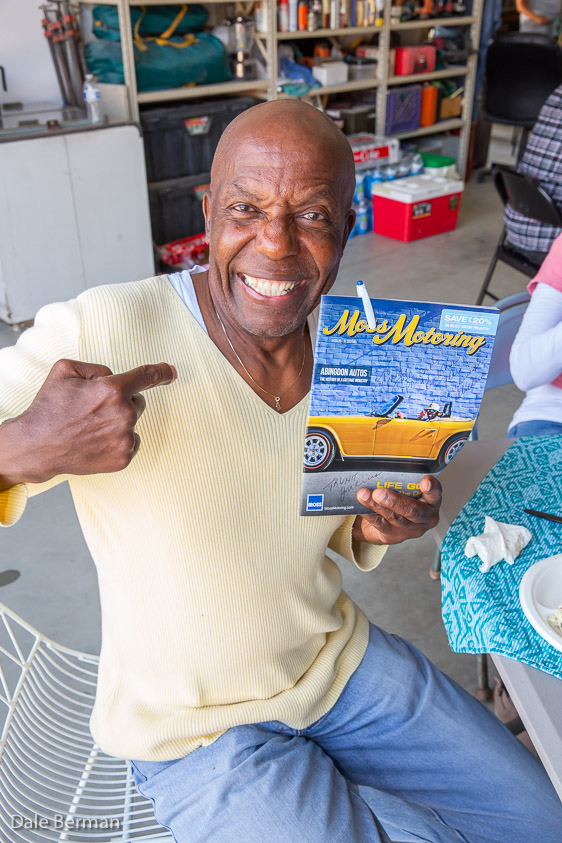 2) David Stuursma Editor for Moss Motoring Magazine caught up with me at Woodley Park All British Field Meet somewhat puzzled about the current mileage sign posted on windscreen a TR6 with 370K+ miles on it could have the appearance of a Trailer Queen asked would I like to grace the cover of Moss Motoring Magazine issue 3.2018 Cover Photo article along with photo shoot pics by photographer Damon Schnepf

3) Ray Smith facebook messaged asked to use the front shot of my TR6 as profile picture for his Everything TR6.UK & World Wide Facebook site. Photographer Dale Berman shot pic of me with Moss Motoring Magazine
Updated 10/8/19
Videos by Julius
https://www.youtube.com/user/UCwp7q5nfJxOXx4txsSF/videos

Offline
Thanks. Glad to share my work continue to enjoy the Sounds & Sights of what we love British
Updated 10/8/19
Videos by Julius
https://www.youtube.com/user/UCwp7q5nfJxOXx4txsSF/videos