Offline
I have a '63 TR4 that I'll be restoring in the near future. The car has some modifications that I'm going to put back to original and I'm starting to collect parts for the project. I'm hoping for some information from those with a TR4 and access to a tape measure. And if anyone has any of the parts they're willing to sell, we'll work something out.

The car is a mid '63, CT 24299 O, factory Surrey top. I'm going to drive it while I gather parts and funds, then do a frame-off back to factory original with a few very minor tweaks. I plan on a Revington fast road suspension and frame reinforcing. Everything else will be back to stock except for building the engine induction and crank case ventilation to a slightly earlier spec. The car will be a club rally and touring car for the wife and I. I drive my TR's A LOT, so I'm building for robustness and longevity over finicky hand grenade.

1. The car has a thin belt conversion and engine fan removal, along with an alternator conversion. I plan on going back to the stock wide belt, with engine fan (likely will deviate a bit here and install the plastic 8-blade fan). I need to know the extension length and crank bolt length for a TR4 so I can shop the ebays. I can't find the extension length anywhere, but have found a measurement of 189mm for the crank bolt from the shoulder of the bolt head to the end of the shaft.
I'm going to need the fan hub, wide belt pulley, extension, and crank bolt. I'll buy a new fitting kit from TRF.

2. With the alternator conversion, the bracket for the generator mount on the block has been modified to move the rear tab forward. I'll need a used or new mount. I plan on going back with a generator.

3. Tube shock conversion on the rear. I'm going back to levers. The problem I have is that my car originally came with the deep dish springs that needed the spacer block between the spring and clamping plate. It currently has the earlier TR4 springs without the spacer block, but the spring clamping plate is the one without the lever shock link mounting holes. I plan on using the earlier springs and just getting the earlier spring clamping plates with the mounts. I'll need a left and right. I think these are the same for all Girling TR3's and early 4's.

4. It has an HS6 carb setup. I like the carbs, but am wanting to go back to a little earlier set-up. I'd like to get a late TR3 or early TR4 intake manifold and go to H6 carbs. I know the HS6 are "better", but I like H6 as I've dealt with them for years on my TR3. I'm also planning on getting an earlier valve cover and draft tube and eliminating the breather from the VC to the carbs. So I'll need an earlier intake manifold, VC (I'll buy a new alloy if needed), and draft tube and all attachments.

Any help is appreciated,
Robby

sorry don’t have the dimension but if you go with the yellow fan you need to buy the TR3 hub and bolt. It will be 3/4” shorter than the TR4 hub which gives you the room for the thicker plastic fan.

Offline
Randy,
Thanks for the info. I was under the impression the yellow fan was plug-and-play. I'll likely go with the original style fan and install an aux. electric fan that's just switched under the dash for use when it sits at idle for a long time. I never had any overheating issues with my TR3 in the hottest Georgia weather, so I'm sure a 4 with the original fan and a new rad, plus a newly rebuilt engine that's been tanked will stay cool.
OP

Offline
I can get you the extension length from my car when I get home later. It's an early '62 (9796L) and I am running the yellow fan on the original extension with no clearance issues.
Tom
'62 TR4 CT9796L

Offline
In the meantime, here's a photo of it before it went back in the car. 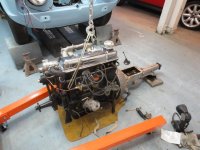 Offline
I have what you need, but I am a long ways away. Might want to check with Marvin Gruber. I have pictures and descriptions of modifications made to the tr4 for rallying, I received them from Ian Cornish who owns a works rally car. pm me your email and I can send them. 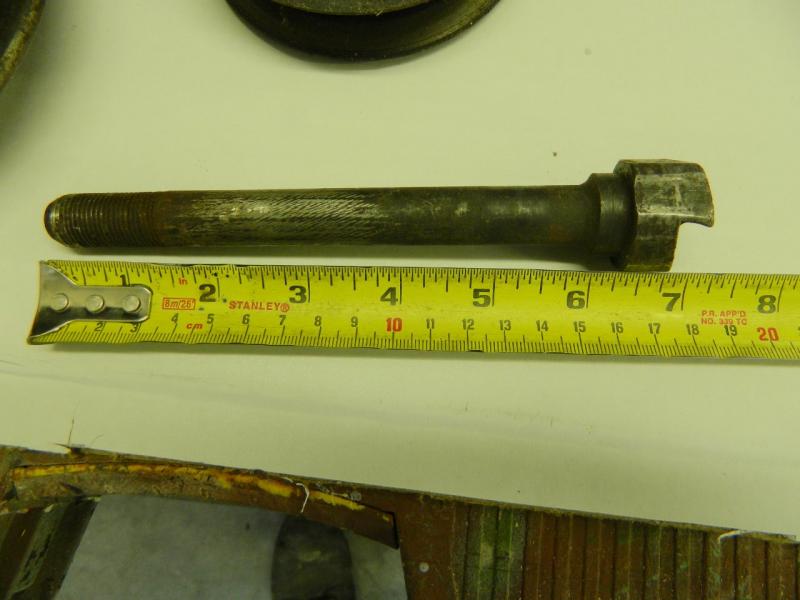 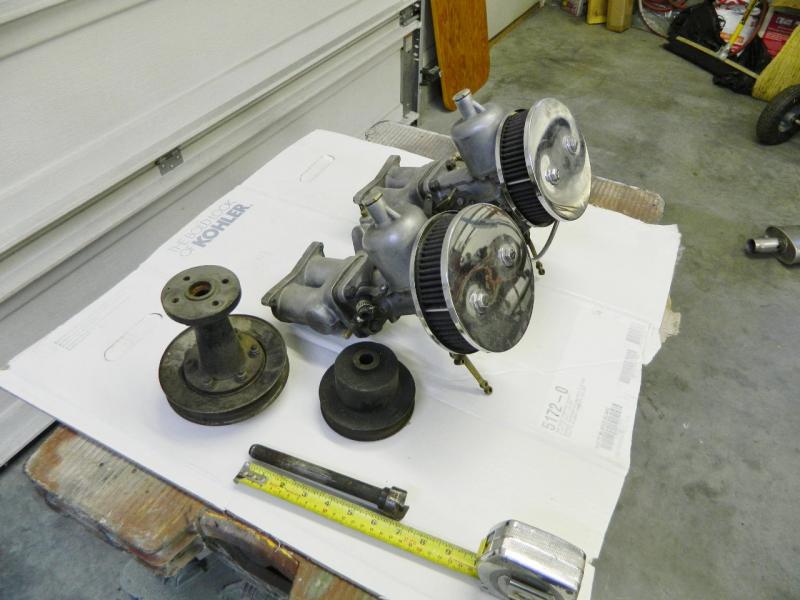 Offline
Robby, I can appreciate your desire to return to factory original.....pardon me for my opinion......"I'm building for robustness and longevity over finicky hand grenade". .......and you want to revert to generator and reinstall the fan extension as original.
OP

malbaby said:
Robby, I can appreciate your desire to return to factory original.....pardon me for my opinion......"I'm building for robustness and longevity over finicky hand grenade". .......and you want to revert to generator and reinstall the fan extension as original.
Click to expand...

Ha! I get it, but I put tens of thousands of miles on my TR3 with bone stock everything. I had to rebuild the generator once due to a growling bearing, other than that it hummed along just fine for all the years I owned it. :eagerness:
As to the fan, I just don't like the idea of not having a mechanical fan where one was supposed to be. I plan on having the machine shop balance the crank with the hub and extension. Also plan on having the flywheel and clutch balanced separately so it doesn't throw off anything when I have to replace the clutch.
M

Offline
Robby....sounds like you have everything under control...especially the balancing act.