Michael Oritt said:
Just before starting to reinstall a wheel and attach the knockoff I carefully anneal the brass end of my original Thor 04-310BHP hammer so that when measured with a Shore durometer (using the ASTM D2240 type D scale) I get a reading of 60, thus establishing a pre-tightening baseline.

I then have at the knockoff with the Thor, carefully measuring the hardness of the brass face with the aforementioned instrument. When the durometer reading increases to 74-76 measured at the center of the brass face I stop whacking.

It is important that the initial measurement be performed within 15 minutes of the annealing so that thermal expansion/contraction of the brass does not give a false reading, and naturally this procedure must be repeated for each wheel. I have been using this method for almost 20 years and I have yet to be passed by one of my own wheels while driving. This works on both the near and off side knockons.

BTW I imagine that ambient temperature may have some affect upon the readings I get and the relative force being applied but I have not yet factored it into my calculations.
Click to expand...

And just how long does a wheel change take using this method .......cant exactly see you winning le mans in the pit challenge with this .
You must have way way way way more time on your hands than some of us .
"If it aint broke ....dont fix it "
" Thats not an oil leak ..........its a special automatic British rustproofing system "
Best Healey in show ABCD Ottawa 2013
Best Healey in Show Boot n Bonnet Kingston 2013

Bob_Spidell said:
My sarcasm detector is lighting up ...
Click to expand...

Good question, and in reality given the amount of time involved I don't use it and just whack the **** out of the spinners till they feel right.

Offline
I use one of these on the race car. Never really liked hitting any of my cars with a hammer, even if you're supposed too.

Offline
I've been wanting to add to this post but couldn't find the photos until today. Made this using 3/4" ply. Used 3 pieces of ply on the business end both glued and screwed. 43" long. Note the instructions on the end of handle to help me remember which way to turn. Haven't use the mallet since buying new knock offs 15 years ago.

Rob Glasgow said:
I've been wanting to add to this post but couldn't find the photos until today. Made this using 3/4" ply. Used 3 pieces of ply on the business end both glued and screwed. 43" long. Note the instructions on the end of handle to help me remember which way to turn. Haven't use the mallet since buying new knock offs 15 years ago.
Click to expand...

That 3rd pic reminded me of something: 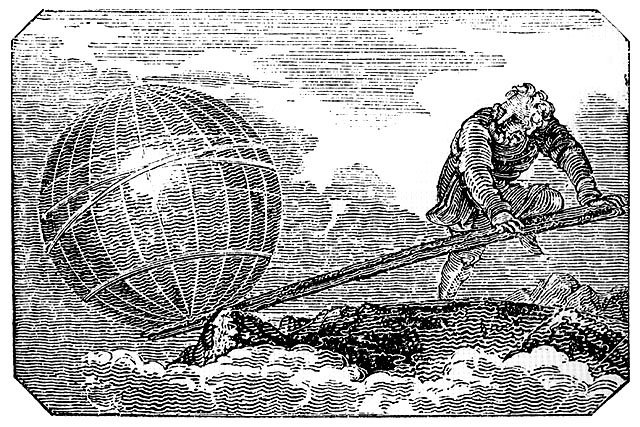 Offline
I have a cable with a swaged loop in the end and I roll the car next to a tree. The loop goes over the ear on the knock off needing tightening and I wrap the rest of the cable around the tree so when I pop the clutch in 1st ( it's the only time Iuse1st gear) right around the time it stalls I know it has hit the magic number Michael has found empirically. How do I know?I used to do it exactly the way he described, but my durometer broke a while back. Seriously though, I carry a copper hammer and some wood. If I'm home I might use a small 5 or 6 lb short sledge hammer and some wood. Wheel off ground until nut is snug, whack-a- whacka on the ground until snugger. So far so good.
Jon Robbins
1956 BN-2 (do it all yourself, you'll be glad you did)

Offline
I turn the crank till it kicks the bucket to make the ball roll down the rickity stairs and along the crazy plumbing releasing the ball that drops in the tub to flip me into the pool dropping a lead ball onto the wing of the spinner and voila its released:welcoming::eagerness::highly_amused:
"If it aint broke ....dont fix it "
" Thats not an oil leak ..........its a special automatic British rustproofing system "
Best Healey in show ABCD Ottawa 2013
Best Healey in Show Boot n Bonnet Kingston 2013
OP
T

Michael Oritt said:
Seriously, why is this all necessary?
Click to expand...

Because someone forgot to close the nitrous oxide valve.
John, BN4
R

Offline
Ditto on that. I also made a wooden gripper like Moss sells for my since-sold Jag Mk2 and my BN7 (they aren't the same size). I found myself living on the economy in Rome in 1957-58, having the good fortune to be sent down there from Livorno to help staff an APO in the Embassy Annex. We handled the mail for the Army, Air Force and Navy out of that facility. Anyway, I bought a pretty nice MG TF from an Army sergeant and generally parked it at the Embassy (Marine guards there) or in the underground parking garage under my apartment near the train station. If you parked your car on the streets of Rome in that era, it would be entered. Popular trick was to break the vent windows common common on cars of the day. Soon enough I parked my car on the street at night in Rome (likely a female was the motivation) and my copper knock off hammer vanished from the tool box under the hood. Some time later I was at Frank's Garage patronized in that era by the countless Americans living in Rome. One of his young mechanics was given the job of removing the knockoff for the spare tire on my car with a piece off brass and a large hammer. He bloodied his hand in the process. The government thoughtful transported the TF to Brooklyn Army terminal on the MSTS ship that I returned on out of Livorno in June of '58. The guys who picked us up at the port facility where we were to be hauled out to Fort Dix for discharge took mercy and let those of us with cars at the port go over to nearby Fort Hamilton for discharge. I drove the TF back to Ohio on the Pennsylvania Turnpike, and must say it was probably the only car I ever owned that never left me standing by the road. Finally to complete my typical windy story, Frank, the owner of Frank's Garage in Rome, was an Italian American who stayed over there after WWII. He was from Oberlin, not far from my hometown, Norwalk, and told me that before the war he bought paint at Perfected Paint, a store in Norwalk that I knew well. That was so cool to me. The TF was bought by some guy in Cleveland only to be succeeded by a very race-weary Porsche 1500 Super that I unwisely returned to Ohio after it spun brake drum in the mountains outside of LaJolla. People in California at this point, 1959, knew what a Porsche was and its value. Not so much in Ohio.
Owner of a 1960 BN7 with Toyota 5 speed and a '92 Porsche 968 coupe. Former owner '62 Jaguar MK2, MG-TF brought back from military service in Italy 1958, '61 Healey BT7, pre-A Porsche 356, and a Porsche 944.

Offline
I use a 12 lb lead hammer from American Hammer. It works fine without messing up the knockoffs. Got a 4 lb version of same which I carry around in the boot.

Had a wooden wrench from Charlie Hart, but it eventually broke. Lead hammer works fine.