Offline
A small question re the linkage to a set of Strombergs on an early TR4A. There is a kind of bell crank on the forward carb, and it's not symmetrical; one arm is a little longer than the other. Which one connects to the short carb throttle arm, and which to the long linkage arm?

I've found a couple pictures, but neither are definitive. The one below, from the Rimmer catalog, seems to show the short end to the carb, but it's not at all clear. A photo I found on-line seems to indicate the opposite, but it is even less clear, and for all I know, may be connected wrong.

Offline
Here's how mine is. The long arm is attached to the short throttle rod (going to the carb). I think it's correct because it aligns the short rod just about straight up and down. But then again, I'm guessing. 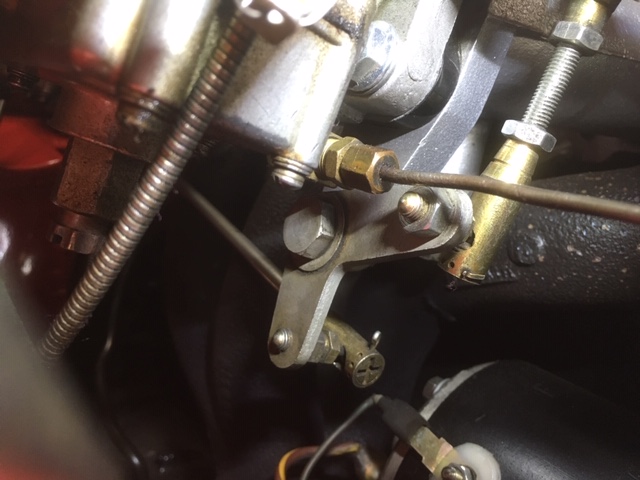 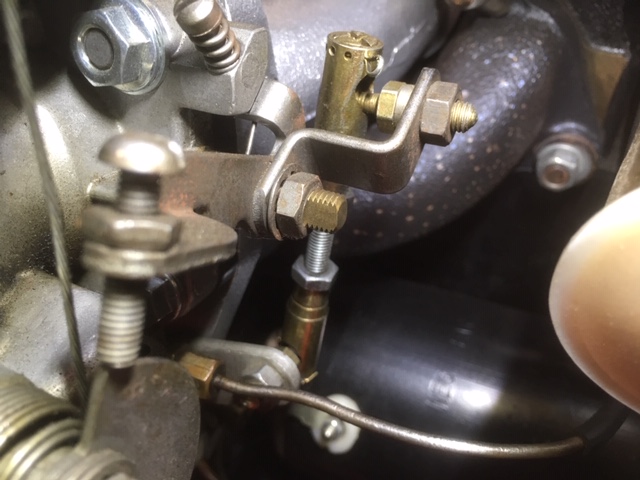 Offline
Mine (possibly original) is as shown in those pics.
OP