Offline
de ???support for the front wing. It seems to go from nowhere to nowhere,( i,e, from the dead space under the wing to the outside of the glovebox).
ny ideas???


I just had one! A rare event

a PO may have had a radio inn the l\glove compartment space and this could have been for an aerial. Wing had[s no hole, but it could have been eliminated by someone, or by collision. Of which there is other evidence.

Offline
I believe that is right; the factory put the hole there for the aerial lead; even on later cars that didn't have the speaker hole cut into that panel. Normally it's filled with a rubber plug on cars without radios.
Randall
56 TR3 TS13571L once and future daily driver
71 Stag LE1473L waiting engine rebuild
71-72-73 Stag LE2013LBW waiting OD gearbox rebuild
D

Offline
I have the same hole and had an antenna hole in the scuttle right above it. As I do not intend to have a radio I welded up the exterior hole.

Offline
THank you both. I wish all my issues could be solved so easily. I will buy a plug and forget all about it.

Offline
Well, I had just read the installation instructions again, and it calls it aerial. Easier to type than antenna anyway

Just for amusement value, here's a shot where you can see both the aerial lead and the speaker wire routed through that hole. My 3A had the speaker hole in the kick panel, which was much too large for any modern car speaker, so I cut the wooden ring to mount a new (circa 1988) speaker. 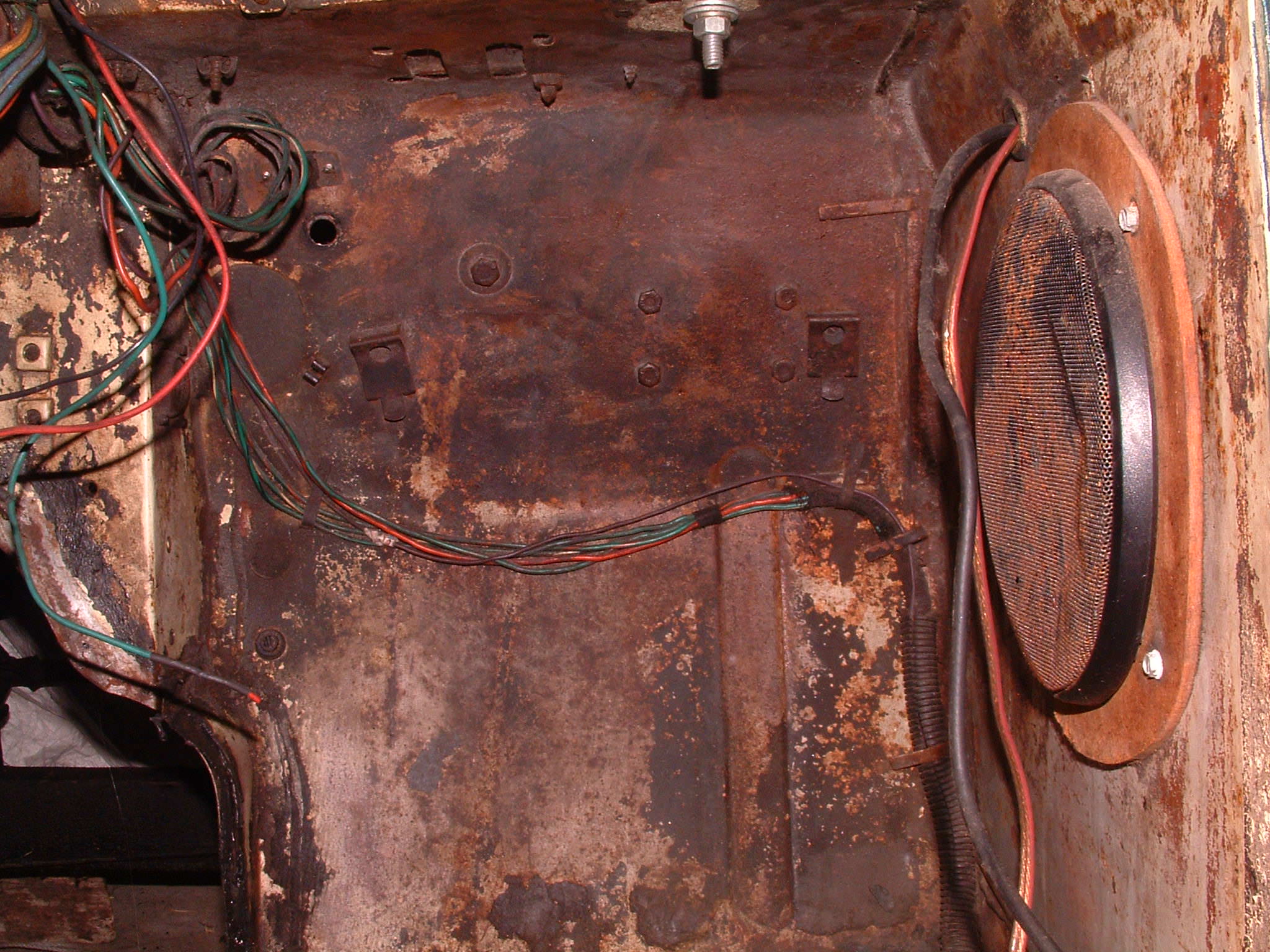