Offline
Healey at 2:32 in this comic chase scene:

Offline
"With a lightweight storyline about two old flames renewing their acquaintance against a festive Hollywood backdrop, Christmas in Beverly Hills is not your obvious classic of Italian cinema. Yet this lowbrow yuletide tale has sparked an unholy row in the nation of Federico Fellini and Roberto Rossellini after it was revealed it had benefited from a special art-house status that entitled the makers to lucrative government tax breaks. The film, directed by Neri Parenti, is one of eight movies in the long-running "Christmas in ..." franchise, which also include 2002's Christmas On the Nile, 2004's Christmas in Miami and 2008's Christmas in Rio. Recounting an unlikely reunion on the streets of Los Angeles between gigolo Carlo and Cristina, a woman he abandoned when she was pregnant 17 years earlier, it has been a hit on the Italian multiplex circuit. Since its release on 18 December, Parenti's film has earned a hefty €14m (£12.6m). But the film's production history has caused consternation in Italy, with the columnist Ernesto Galli della Loggia protesting its tax-break status. The film, he wrote in the pages of Corriere della Sera, was "an uninterrupted stream of vulgarity peppered with swearwords, a feature-length obscenity like you might find scrawled on the wall of a station toilet".

Offline
The 10th Victim (Italian: La decima vittima) is a 1965 Italian/French international co-production science fiction film directed by Elio Petri and starring Marcello Mastroianni and Ursula Andress, and featuring Elsa Martinelli in a supporting role. The picture is based on Robert Sheckley's 1953 short story "Seventh Victim". In the near future, big wars are avoided by giving individuals with violent tendencies a chance to kill in the Big Hunt. The Hunt is the most popular form of entertainment in the world and also attracts participants who are looking for fame and fortune. It includes ten rounds for each competitor, five as the hunter and five as the victim. The survivor of ten rounds becomes extremely wealthy and retires. Scenes switch between the pursuit, romance between the hunter and the victim, and a narrator explaining the rules and justification of the Hunt. Caroline Meredith (Ursula Andress) is the huntress armed with a high caliber Bosch shotgun looking for her tenth victim. Marcello Poletti (Marcello Mastroianni) is the victim. He is reluctant to kill Meredith as he is not sure whether she is his hunter, but then later because they become romantically involved. To maximize financial gain, Meredith wants to get a perfect kill in front of the cameras as she has negotiated a major sponsor from the Ming Tea Company

Michael Oritt said:
It is above the "Ronald Darling" sign, visible at the very beginning.
Click to expand...

If you're at the Lime Rock Vintage Festival this year I'll buy you a cold one.
Rick
"Madman in a death machine" My Nasty Boy Build: > BritishV8 Forum: "The Exploder" - HealeyRick's Austin-Healey BJ7 w/ Ford 5.0 <

I am signed up and though they have not yet sent out acceptances I expect that I will be racing.
[SIGPIC][/SIGPIC]
Best--Michael Oritt
1954 Austin-Healey 100 Le Mans
1959 Elva MK IV Sports Racer
1961 Ginetta G4
OP

Offline
Another portrayal of a fine, upstanding Healey driver:


Heartbeat is a British police drama series set in 1960s North Riding of Yorkshire and broadcast on ITV in 18 series between 1992 and 2010.
The show is set in the 1960s, although the specific timeframe is vague; various episodes within the series take place in a loosely defined "time-out-of-time" between 1964 and 1969. The series initially revolves around the work of a group of police officers in the fictional town of Ashfordly in the North Riding of Yorkshire, whose "patch" also includes the nearby village of Aidensfield, a fictionalised version of the real-life village of Goathland in the North York Moors, where the series is partly filmed. Each episode is an hour long, including commercial breaks.The series was originally based on the Constable books written by former policeman Peter Walker under the pen-name Nicholas Rhea. The title Heartbeat was chosen to represent "the bobby's beat and the medical connotations of the word 'heart'"[SUP][6][/SUP] ("bobby" being British slang for a police officer (from Robert Peel), and "medical connotations" referring to the medical themes that have featured regularly in the show since its inception). The show was originally a starring vehicle for ex-EastEnders actor Nick Berry, cast as PC Nick Rowan, the Aidensfield policeman newly arrived from London with his wife Kate, a doctor.

The lyrics in the opening song of this clip that refer to "a friend of Sacha Distel" are somewhat coincidental to the Healey as Distel, a French singer-songwriter, has already been featured in the Celebrity Healeys thread taking his then-girlfriend Brigitte Bardot out for a drive in a 100: Offline
On the Beach...one of my all time favorite movies. Ava Gardner was something.

Offline
Set in Madrid in the 1950s, "Manolo Guardia Urbano"tells the story of Manolo Martinez ( Manolo Moran ), an urban guard natured and loved by the neighbors 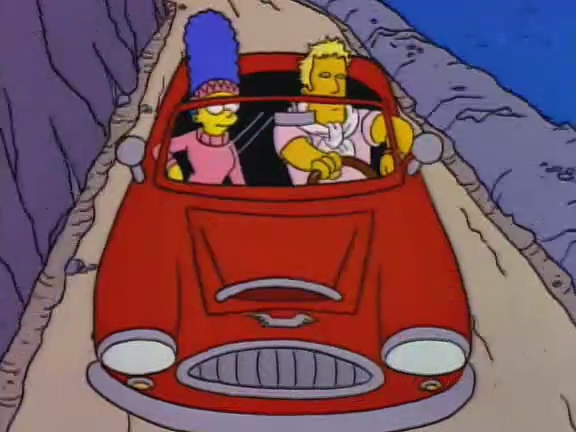 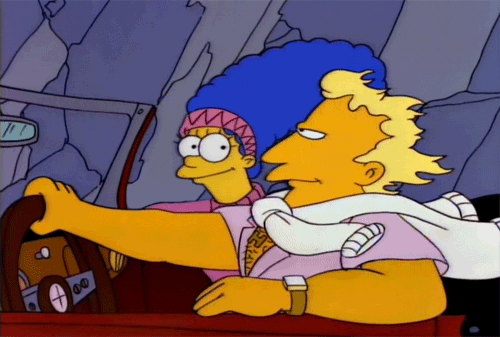 According to the Wikipedia "On the Beach" article, the racing scenes were filmed at Riverside Raceway.

Wonder if the 260 bhp Monza would have been faster than a D-type Jag at Riverside?
Steve Gerow
Altadena, CA, USA
1959 AH BN6 2-seat roadster / 1974 TR6 Emerald Green
Check out my galleries:
http://www.pbase.com/stevegerow

HealeyRick said:
Who knew there were sports car gangs?

If the promise of "Jazzed up and power mad" British sports car drivers shown in the trailer left you wanting more, the full movie is now available:

HealeyRick said:
If the promise of "Jazzed up and power mad" British sports car drivers shown in the trailer left you wanting more, the full movie is now available:

The scene with the altercation on the shuffle "puck" bowling arcade game was cool.. I actually have a 1954 United REGULATION shuffle bowler in my game room.. Guess this makes me a delinquint..