Offline
I bought this from BPNW in 2011, intending to install it on my 1974 Midget, but never got around to doing so. I've decided that for me a loud(ish) exhaust isn't in the character of my mild-mannered MG.

It's still new in the box. I did notice an appx. 2mm nick in the chrome underside of one of the tips, as pictured, which would be unnoticeable when installed. Vic. British sells these for $209.95 and BPNW has them for $176.00.

I'd like to get $85.00 plus my cost for shipping, though I'd much prefer to sell locally. I live on Camano Island, WA and would be happy to meet along the I5 corridor north to Mount Vernon and south to Lynnwood. 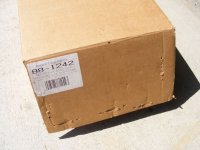 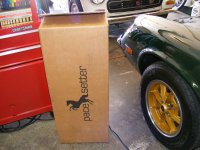 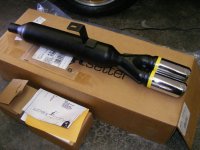 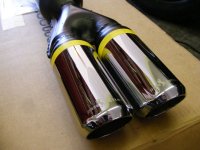 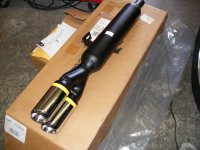 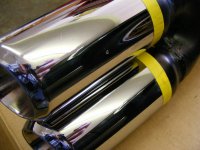 Offline
Very interested! By chance, do you have an idea of the weight?
And the measurements of the package?
I'd love to drive out to pick it up, but....
OP

I have a UPS store just around the corner from my local post office. USPS would charge $44.30 to ship to 43147. I assume UPS would be similar. A third option might be a friend of mine who may be able to ship from his business for a bit less.

Let me know if you want to pursue this.

Offline
Fred: attempted to send you a PM.
Kevin
OP

Offline
Kevin,
I tried to reply. Let me know whether you received anything.
-Bill
OP