Offline
So, the kitchen remodel is in full swing and I need to install the nuke/vent unit. Needed a hole say but didn't have time to order it online. It was late and I had no time to go down to an industrial/trade tool shop. Figured it was just the one hole so I'd bite the bullet, grab whatever cheesy thing they had at Depot cheap and then go ahead and order a nice one for next time.

To my surprise, this is what I found down at Depot.

Amazing. A big box store is actually selling a US manufactured tool. And more or less a consumable one at that.

You may recognize the background color of the packaging as Milwaukee red. While they're an iconic American brand, keep in mind that they're a wholly owned subsidiary of a Hong Kong based holding company. That they would have a line of consumable, wear-items, still made in the US and sold through big box stores is pretty special these days.

Not a political comment ahead I promise even though it mentions the recent election.

As a consequence of the election there (and there is a similar though not as intense movement to Canadian Manufacturing here) some companies are trying to return to the USA (or typically startup in Canada). They are finding that it is far more difficult than just opening a factory.

Was reading last week of a mini bike company that just relocated to, IIRC, Florida. Took some time to find appropriate facilities but the real issue is that their entire supply chain is offshore - so, they figure that the best they can do for the next 2-3 years is to be able to apply a sticker that says "Assembled in the USA" since the actual parts won't be made in the country.

Last winter here in Canada there was a similar issue with Canada Goose outerwear (a very trendy down coat/jacket company) they want to expand but what they have found is that if one (or more) parts of the manufacturing /distribution chain is removed it is difficult, if not impossible to replace.

All of which suggests that the entire process is more complicated than it initially appears and that when you see it, it is very good news. Congrats!
John-Peter Smit
1976 MG Midget
1969 Vauxhall Viva GT
1958 Fiat Multipla (Barn art)

Offline
I checked out the tool section at a Home Depot,& was surprised to
find out some were made in the US - but you have to read the label on EVERY
box/container.I looked at Stanley Tools products,& some were made here,&
some not.
I know - I (still) need to get a life.
"Across from the bar there's pile of beer cans,
been there 27 years....."
OP

Offline
And speaking of Stanley,

US made, of course, but unfortunately NLA. Got it from an ebay tool vendor up above the border who had a single NOS unit.

It's 8oz, a really uncommon size, but just right for small, precision whacking.

SnapOn actually does still have one. And it's even a little bit nicer. But even with international shipping from the land of hockey and flannel, this one was about half the price.

Offline
I was wandering through OSH the other day and spotted this label. I couldn't resist.

Luckily, of the several tools flying this banner there was one that filled a little gap
in the drawer. So buying it was a win-win. 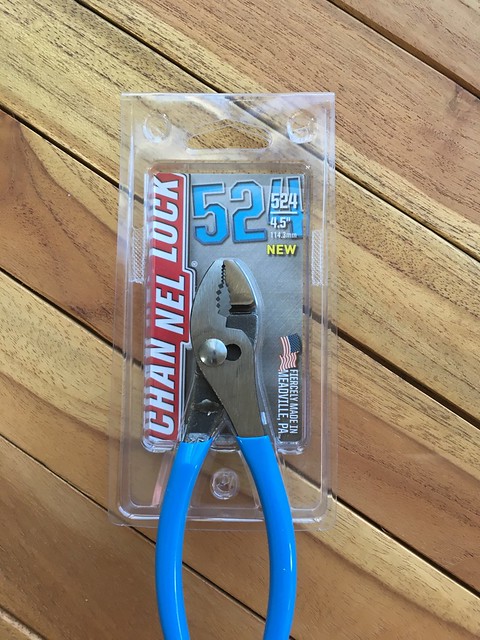 I wasn't particularly suffering from a shortage of slip joint pliers. But this pair is a size
I didn't already have. And just the other day I was fumbling with a task where the other
ones I have were a bit too big and needle nose pliers weren't gripping enough. 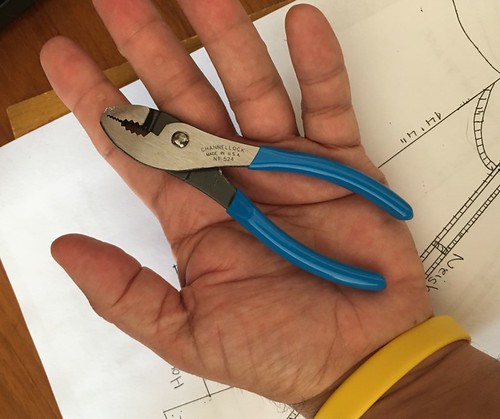 The next score was on Amazon. 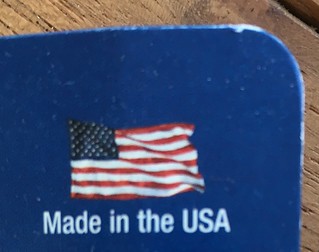 One of the screwdrivers I find myself using an awful lot is an old craftsman straight-blade
with a stubby blade and a normal handle.

So when I saw this set on Amazon I figured that having an assortment of similar drivers
would be handy.

Plus, it appears to be NOS from Pratt-Read, a manufacturer I've always liked but went
belly up and has been absorbed in corporate mergers. 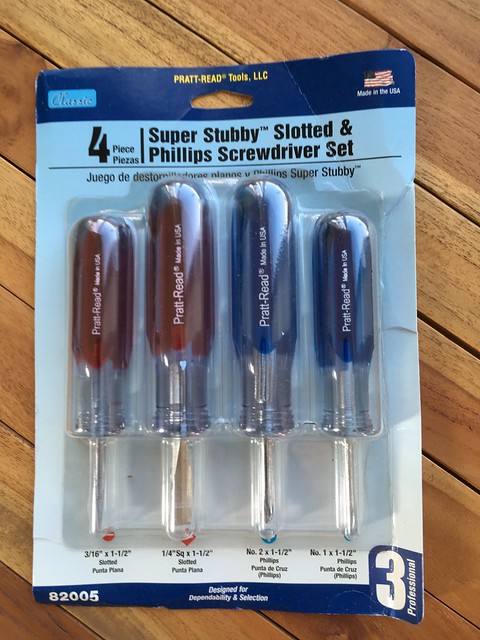