If I were shopping for an MG

Offline
I posed a ?? about bumper is another thread. But in general, if one were looking for an MGB what other features are desirable? Ex: Overdrive, or not? 4 Speed (is there a 5 speed?) Any other options or features that are considered preferred features?
B

Offline
My preference would be a 1967 B with OD. I love the early dash and cranked shift lever of that model. But I'm not sure the OD trans had the cranked lever.

Offline
There was no 5 speed, but as Bill said, OD is a definite plus. Especially if you're planning on any long distance driving.

The early steel dash models have more character, and the '67 is generally considered, if not the best, one of the best years.

billspit said:
My preference would be a 1967 B with OD. I love the early dash and cranked shift lever of that model. But I'm not sure the OD trans had the cranked lever.
Click to expand...

OD did not have the cranked lever from the factory, as far as I can remember this early in the morning.

Wingtip -- there are a couple of things that seem to be popular with MGB folks.

The later chrome bumper cars (late '67 - '74) had a stronger all-syncro gearbox compared to the earlier 3-syncro box. Many parts exchange from year to year so you will find that quite a few cars are a mix of parts. My '70 (UK home market RHD car, so it's a bit different than the USA cars) has an earlier style grille and an early style aluminum bonnet that were both swapped in at some point. Some early cars have had the later gear boxes added (requires a bit of hammering in the tunnel for clearance). Few USA market cars had overdrive as standard, but many now have had it added in.

The earliest MGBs had a 3-main engine, which changed to a somewhat more robust 5-main engine in '65.

Some argue that the late '67 MGB was the best in the USA as they were the only ones with the steel dash and 4-syncro gearbox. Others prefer the shift feel of the earlier transmission.

You'll also have a choice between wire wheels and steel wheels. Get a car with the one you want, as it's a bit complicated to switch from one to the other.

A good reference to pick up is the Original MGB by Anders Ditlev Clausager -- it lists all the various changes that happened through the years.

When I was searching for my car, I made my list of necessary features and held out for all of them (RHD, disc wheels, overdrive). They made a half million MGBs all told, so there are plenty out there. Were I looking for a LHD car, I'd pick a '65 - '67 car with disc wheels and an overdrive.
Drew Frink
'59 RHD Frogeye Sprite :frog: - "Penny" let the rebuild begin!
'66 RHD Morris Minor - "Maggie" alive and driving
'70 RHD MGB - off for an engine rebuild!
'19 Triumph Bonneville T120

Then you must be familiar with this place:

Offline
I would get the one with the best original rust free body I could find. My least favorite is the 77 and newer. Too many extra wires. Early cars are nice, O/D is a good option. Test drive a couple and see what floats your boat. Any MGB done well will be a sweet ride. The entry fee for a rubber bumper car is also less $$.
Bob

Offline
Bob makes a very good point -- rust is the biggest undesirable feature! Almost everything else can be swapped car-to-car with varying degrees of complexity, but rust will be the big deal breaker.


Mickey Richaud said:
Then you must be familiar with this place:
Click to expand...

And yes, Mickey, I'm familiar with that place though only from a historical perspective -- came out before I was born after all.
Drew Frink
'59 RHD Frogeye Sprite :frog: - "Penny" let the rebuild begin!
'66 RHD Morris Minor - "Maggie" alive and driving
'70 RHD MGB - off for an engine rebuild!
'19 Triumph Bonneville T120

drooartz said:
And yes, Mickey, I'm familiar with that place though only from a historical perspective -- came out before I was born after all.
Click to expand...

Keep it up, Bucko - just remember paybacks are...

Offline
We have, as said before, a 72 and a 55. That said, if I were to redo another, it would be on of these, a RB model! Engine upgraded with duel SUs, non smog etc, reworked suspension and painted as such. The RB models have beautiful lines, enhanced by painting the bumpers body color. And, you can pick them up for half or less of what an early model would go for. OD is a must! JMHO. PJ 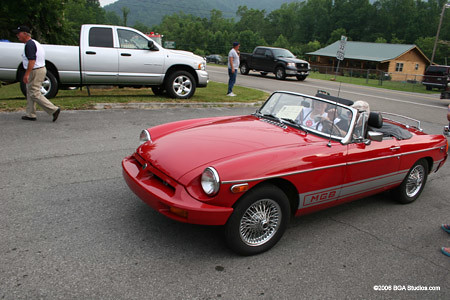 Remember, Never Forget
We Live In The Land of The Free
Because of The Brave

How good it feels, the hand of an old friend! Longfellow
Similar threads