T-Series I got a trophy

Offline
Last Saturday i took the 52 TD to a show. It was called "Wings and Wheels". Its a combination Fly-in and car show. Its annual at the Essex County (NJ) airport.
Mostly populated by bug Muscle and Hot Rods.
There was a category for imports.
The day was overcast with bouts of drizzle, so that had an effect on both the number of cars and the amount of Aircraft.
I got a picture of the TD in front of an F4U. Its my new Icon.
Any way I won Best of show imported.
There was a Singing group "Victory Belles". They awarded trophies.
The Award was the best part of the show.

Offline
Pretty big smile you got goin' there with them singers!

Offline
Great photo! Congrats to you and the TD! 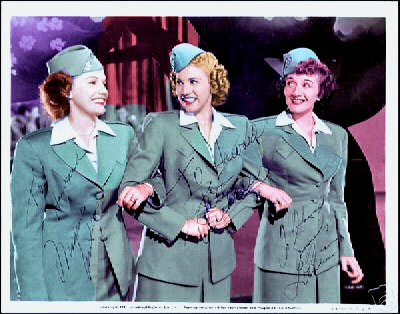 Offline
Yes I bet their skirts were longer though!

Offline
Congrats! Gonna share the photo of your car and jet? Please do
OP

65_BRG_Sprite said:
Congrats! Gonna share the photo of your car and jet? Please do
Click to expand...

well I did change my Avatar but here it is big.

Offline
That Corsair looks like a 3 blade F4U-1A. What Pappy Boyington flew. We had them in Norman Oklahoma. I think we had about 10 of them. Later models with 4 bladed props and higher horse power were a bit faster.

My favorite AC! Built like a tank and could take a tremendous beating! PJ
Remember, Never Forget
We Live In The Land of The Free
Because of The Brave

How good it feels, the hand of an old friend! Longfellow
6