Offline
I have posted all of this in a thread on another forum but thought I would also post it here just in case anyone has any other useful input.
So if you have already seen this and commented, thank you for the input.

I finally got the body removed from the frame. The frame looked good up until I got around to the left (drivers side) front frame rail. It wasn't rust as I had expected but frame damage. The car has apparently been in an accident where the left front was pushed toward the right.
All of the body bolts line up but I have no idea if the frame was straightened by a professional on a frame table or if it was pulled back into place so that it was "good enough". 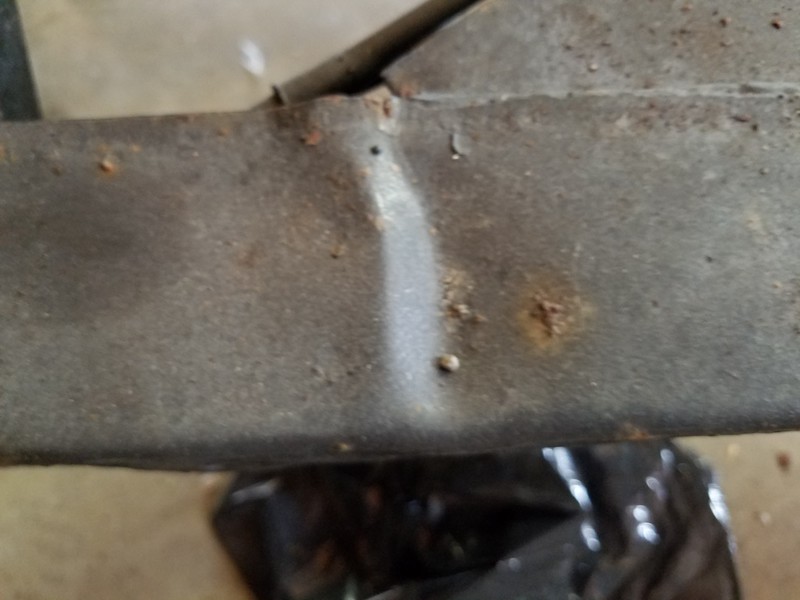 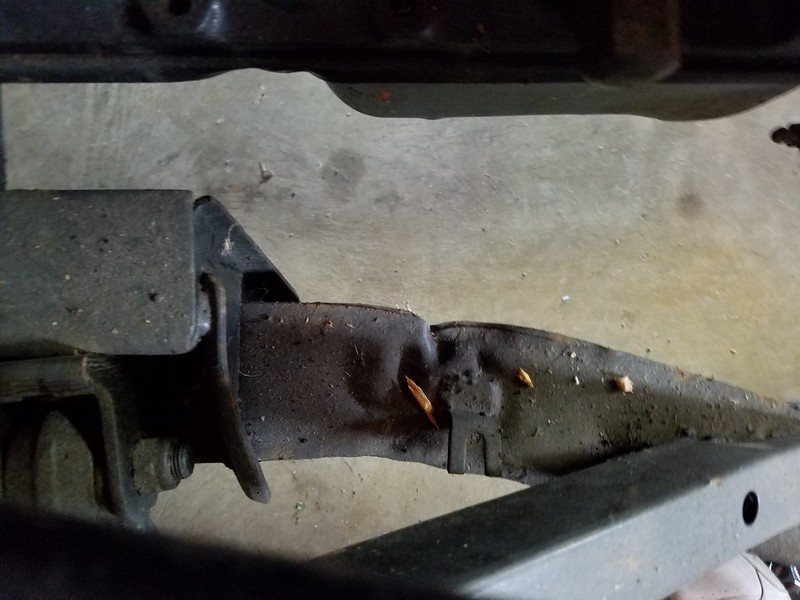 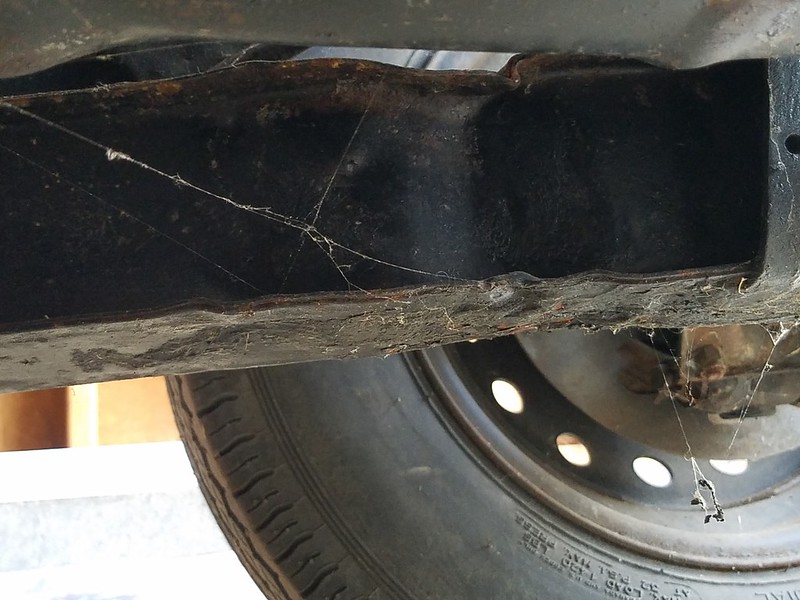 Some of you will notice the rather poor repair on the upper differential mount. That was not me and it will be addressed during the frame rehab.

So here is the plan of attack.
I have sourced an old frame that is bent in the rear section. The section I need is good.
I plan to cut out the entire drivers side frame rail and replace it with a good one.
I will do my best with the Bentley frame measurements to get it as straight as possible. After which I will take it to a friend with a frame table. He will put it on the table and check it out. If it needs some tweaking he will do it to factory specs and it will be good to go.
It wasn't a repair I planned on making but it is what it is. Original frames in good condition are increasingly hard to find (and increasingly expensive) and the aftermarket options are way out of the budget.
Last edited: Apr 3, 2018
1972 Triumph TR6 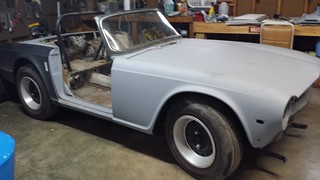 Offline
Just a thought that you might want to run by your friend with the frame table: Perhaps the frame should go there first and, if necessary, any straightening be done. THEN, if you, he, or others feel it's necessary, you might consider the graft you are proposing, followed by another quick check on the frame table.
-- Andrew (Andy) Mace, VTR's Triumph 10/Herald/Sports 6 vehicle consultant and keeper of the North American Triumph Sports 6 and Herald Database

Offline
Agree with Andrew. Make sure there wasn't any "carry-through" damage first so that you start with a accurate frame. Then the graft is, pretty much, just a cosmetic repair.

Offline
Did this work out? I have the same thing needed, passenger side, any " if I did that again" thoughts, you wouldn't have the passenger side frame rail hanging around?

Offline
can't see any of the pics
OP
C

Offline
Fixed the pics. I lost pics on a lot of different threads from Photobucket.
1972 Triumph TR6

JeffBC said:
Did this work out? I have the same thing needed, passenger side, any " if I did that again" thoughts, you wouldn't have the passenger side frame rail hanging around?
Click to expand...

Offline
I believe JeffBC asked this question on another forum and I replied but I will reply here also just in case someone is keeping up with this thread.

At this point the frame work has not been done. I have been making my plans and preparing to make the cuts but to be honest life gets in the way.
Maybe I have been procrastinating but I have been sandblasting and powder coating a lot of the front suspension parts. Yes of course if the frame isn't fixed I won't have anything to bolt the suspension to.
I'll get to it I promise and i will keep my journal on the other site up on the progress.
1972 Triumph TR6

Offline
Well years ago when I did my frame up Same problem and the repairs that were done by cutting passenger side front was poor and Bentley book numbers were not done. I found two parts cars one that had been v8 mod. no good and the other was quite striped but the frame was nuts on. What was weak must have been built Friday late. I say that because some welding mist putting two pieces of frame together. And looking at the now three frames I saw weak areas like the studs for dif. and rear springs . so reinforced cleaned and reweld. all is well 25 years later as I am going through it again. All cars were from and in Nevada so never any rust here. oil leak took care of that. I must have spent an hour at car wash rack to clean it. It is a great time to be a TR owner with good supply chain and owners like all you guys. Note I still have many parts from those cars. need some thing ask for the Madflyer
Similar threads