Offline
I am hoping someone can help me. I am having trouble removing the chrome bezel on my ignition switch. Is there a special tool for this? Does anyone know where I can get one? Also, I am trying to remove knobs. It looks like there is a small hole that has a small button that is depressed, but this is still not allowing me to pull the knob off-am I doing this correctly? Any helpwould greatly be appreciated.
Kevin

Offline
The plastic knobs seem to shrink with time and grab the shaft rather tightly. When I helped a friend with his TR6, I actually asked him first if it was OK to break the switch because it took so much force! But, by using a pair of pry bars, one on each side, with a scrap of wood underneath to protect the panel, I did get the knobs off without ruining anything. Some quick work with a needle file made them fit much easier.

IIRC, on a 69, the dash mounted ignition switch has two notches in the bezel, similar but not quite the same as earlier cars. I machined a piece of water pipe to fit the two notches, to allow the bezel to be unscrewed without too much damage. It's tempting to just stick the tips of needle nose pliers in the notches, but my hands haven't been that steady for a long time, and plier tips can do a lot of damage when they get loose.

Offline
Thanks Randall. That sounds like a tool I can make. I will try your method on the knob removal. They went on easily when I put them on 12 years ago. It sure seems like they shrunk. I would guess that any oxidation would cause them to get tighter. I may try soaking them first. I guess the worst case scenario is I will have to cut off the knobs.
6

Offline
Kevin, for bezels I use a small fork with the two middle tine removed, two outer tine's points filed smooth.
From another Kevin- you can't have too much of a good thing!
E

Offline
A couple of home made tools for those bezels. The first one with the two prongs is made from a socket, so it has a 3/8" square drive on the other end. 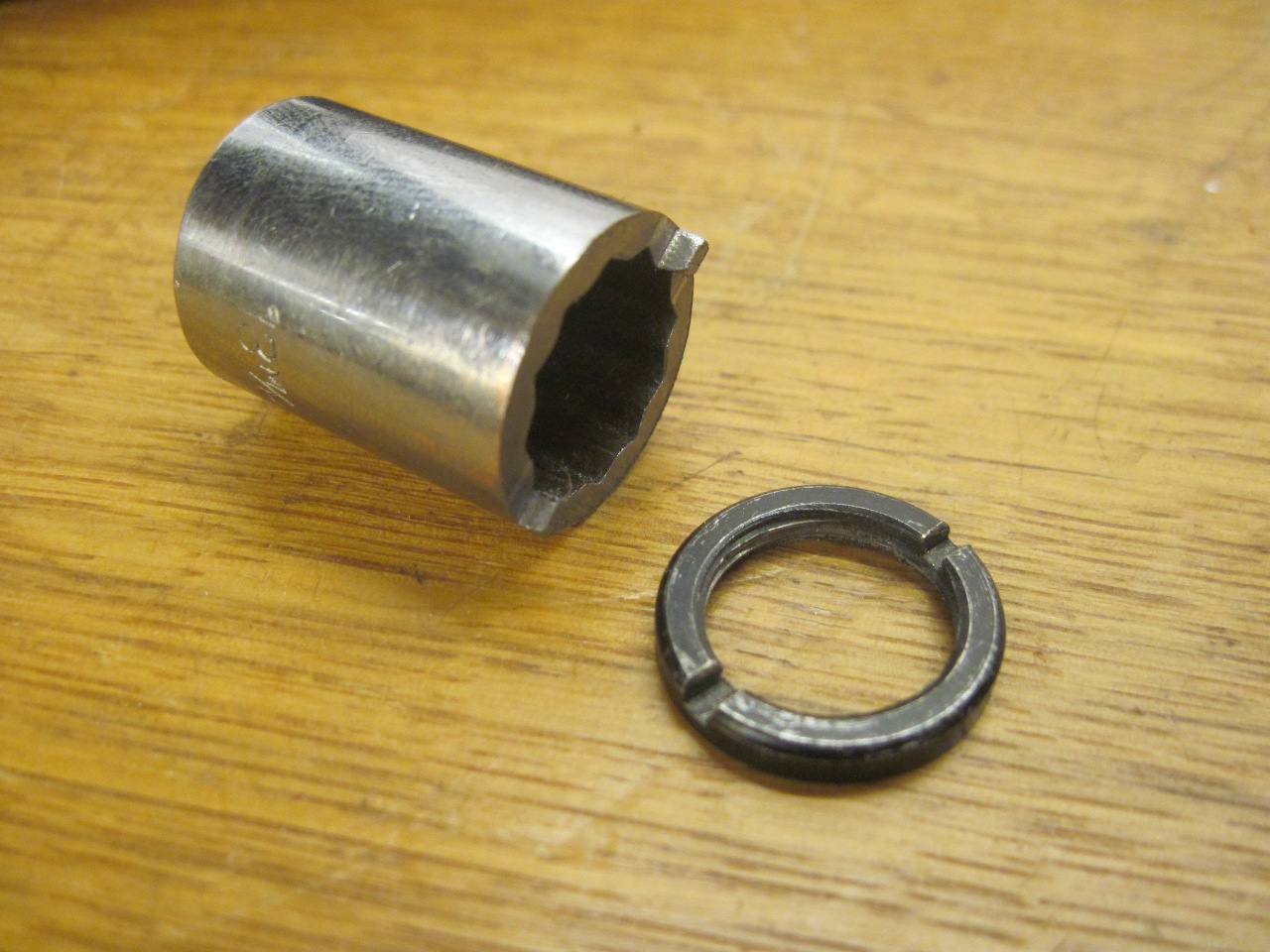 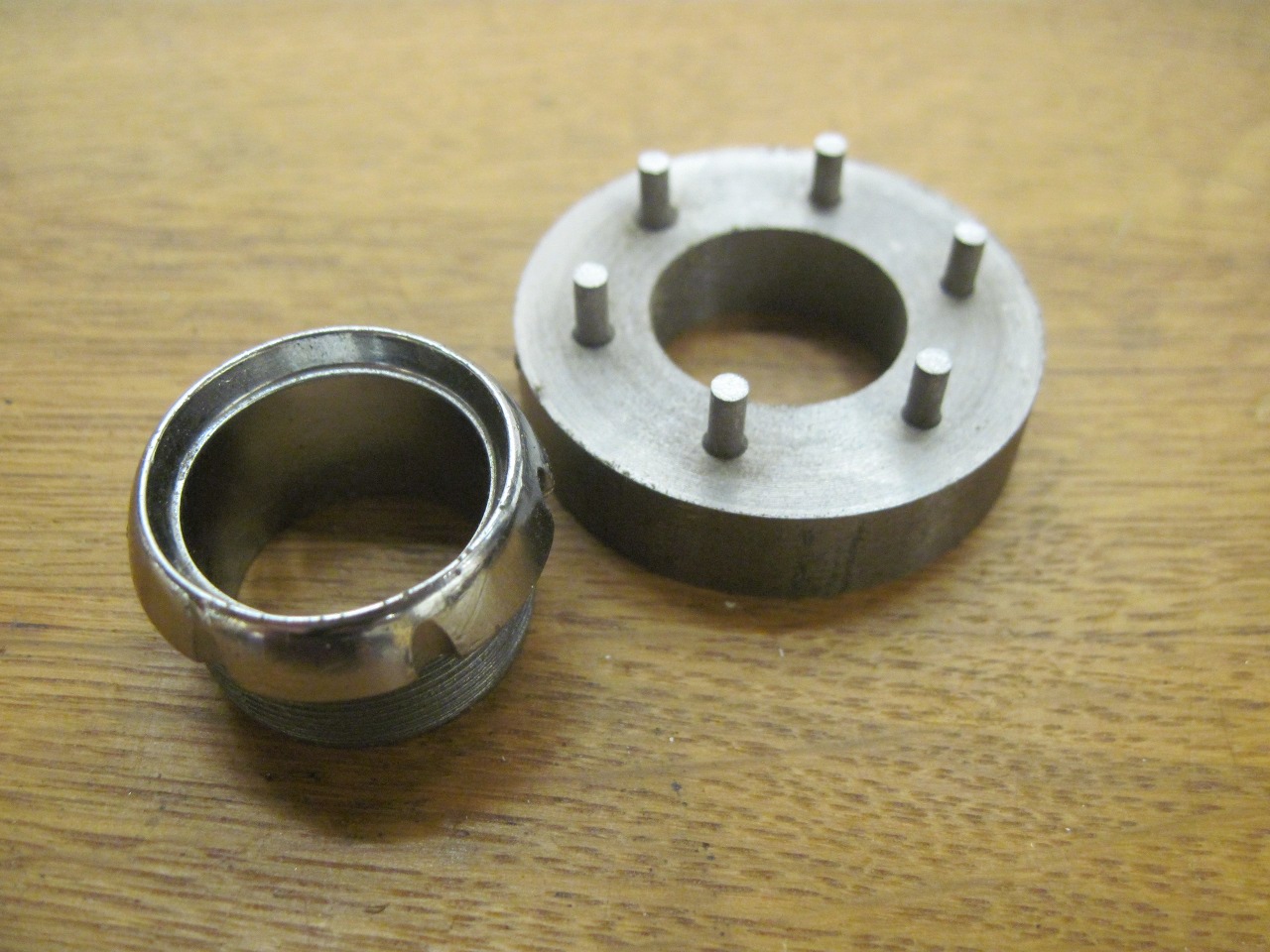 For just a little more, you can do it yourself!

Offline
Here are a couple of commercial products:

ckeithjordan said:
Here are a couple of commercial products:

That's hilarious. Scroll through, shows that tool for ignition on a 2.4L 1964 Jaguar. Except it's a chromes hex nut. Even a spare dash with switch..same thing.
Similar threads