" ... that the flag of the thirteen United States be thirteen stripes, alternate red and white; that the union be thirteen stars, white in a blue field, representing a new constellation."

The first official U.S. flag flown during battle was on August 3, 1777, at Fort Schuyler (Fort Stanwix) during the Siege of Fort Stanwix. Massachusetts reinforcements brought news of the adoption by Congress of the official flag to Fort Schuyler. Soldiers cut up their shirts to make the white stripes; scarlet material to form the red was secured from red flannel petticoats of officers' wives, while material for the blue union was secured from Capt. Abraham Swartwout's blue cloth coat. A voucher is extant that Capt. Swartwout of Dutchess County was paid by Congress for his coat for the flag. Source: Naval Ceremonies, Customs, and Traditions. Naval Institute Press, p. 140. 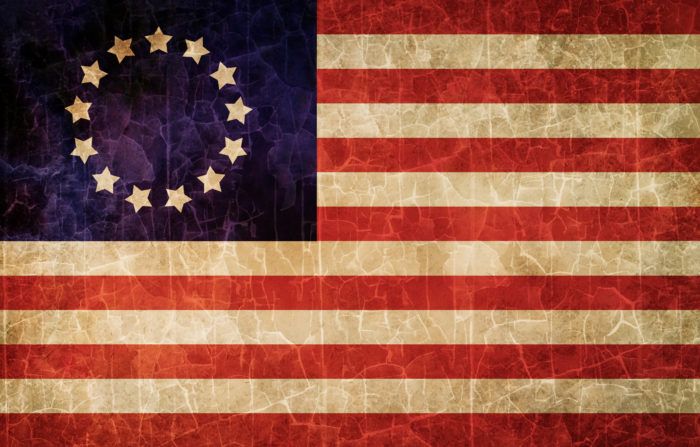 Offline
I have always liked the Serapis flag that was hastily made for John Paul Jones in Texel, the Dutch United Provinces (ThecNetherlands). After the battle of Flamborough Head, Jones had captured the British frigate Serapis, but had lost his own ship the Bonhmme Richard and his ensign. As a result he was sailing under no flag when he docked. The British argued that since he was in a captured ship with no ensign that he was a pirate. A flag was quickly made using the description Ben Franklin had given while acting as the French ambassador, the Dutch accepted the flag as legitimate, jotted down the description in their registry, and Jones was free to go. Here's the description Franklin gave:
"It is with pleasure that we acquaint your excellency that the flag of the United States of America consists of thirteen stripes, alternately red, white, and blue; a small square in the upper angle, next the flagstaff, is a blue field, with thirteen white stars, denoting a new constellation." 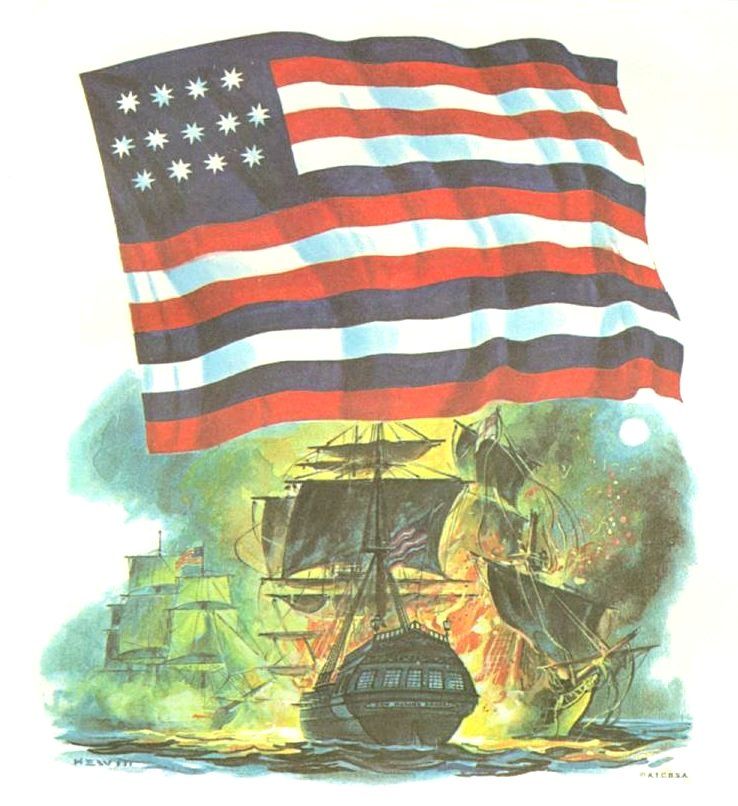