Offline
Woulda thought this to have died out long ago, well before Kodachrome. Packaging MoPic film in cassettes & paper-backed rolls for 35mm & medium format (70mm?). Gotta be a really small market! 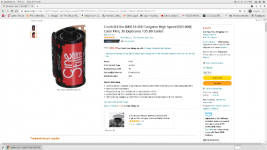 Online
I'd have to think the color balance for tungsten film will be off these days with LED lights. The market changed somewhere and somewhy. Tungsten used to be 3200K, but I just looked at an LED bulb rated at 2700K. Neutral white was 5K, now 3K.

Offline
It's all that newfangled techknowledgy I tells ya!

In seriousness, tungsten films would be certainly out of whack with LED sources. The description on one of the MoPic loaded cassettes suggests using an 85C filter in daylight?

Online
The 85C sounds right to me. I don't recall ever using that or an 80 series to do the opposite. I shot color slide as a kid and would finish a roll on my special effects. As a adult, almost exclusively B&W.

Offline
I never messed with the cine films in a still camera, about the only correction filters I used were FL-D indoors.