Offline
Just got the scoop, we got a special going for Christmas on the Spridget VTO 13x5.5 wheels in both the Classic 8 and Retro 4, for $450.00 for set of 4, plus shipping, this includes center caps and valve stems. All the 13x5.5 Classic 8 and Retro 4 wheels come in either silver or black centers with a polished outer rim. Merry Christmas

Offline
Great deal, I am stuck with wires for the wifes car
1958 Austin Healey Sprite

Offline
I really like those Libre copies. I always liked that look since I had gotten a set of old ones for my brother's TR4.
I have though just gotten a set of Cosmics for my Sprite like this
https://classicmotorsports.net/media/img/classifieds/MVC-001S_______________t700.JPG
Link to A-series Sizing and Compression Ratio program, with both Excel 2003 and 2007 versions
https://skydrive.live.com/redir?resid=93B0A41FD15EF7A!105

Offline
How cool is that? My car has appeared in two different threads here on the BCF and I didn't post any of the THREE pictures. .. ..

Hey $450 for a set is a great deal. Someone ask for some for Christmas or splurge.. I had a vibration in my car since I bought it almost 15 years ago. I just thought it's what these cars did, until I put on these wheels. 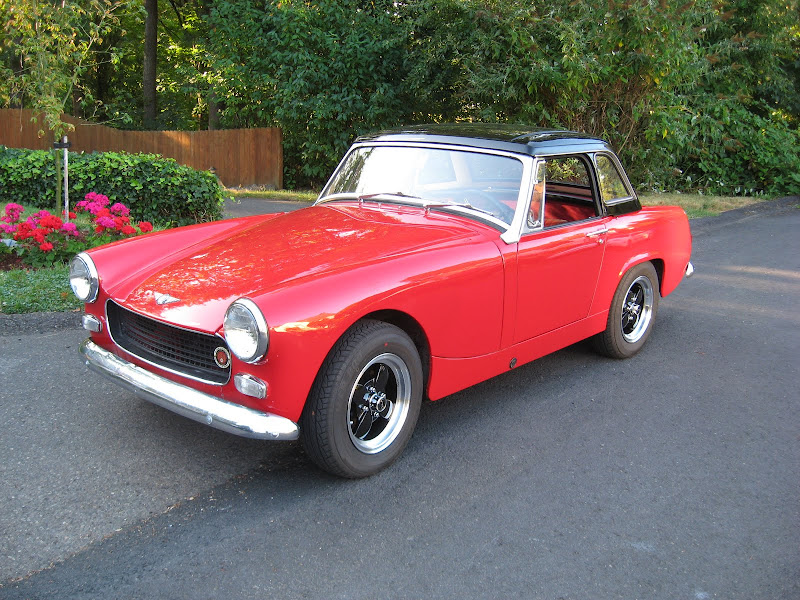 With the top on 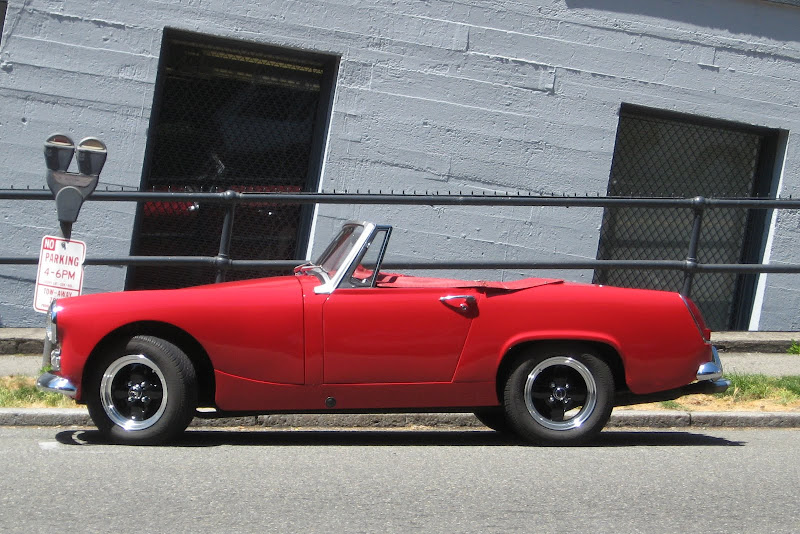 With the top off
Bill L.

Offline
I use a 80% Nitrogen mix in my tires.

Offline
How come no one told me about this Nitrogen in tires. I had to buy a new Acura to find out about it.

Anyone know off hand what a tire place charges to convert.

Offline
Go with helium. It is lighter!!!
Things I need:
3/8 generator pulley for 1965 BJ8
Please PM me if you have one for sale.

All the pieces falling off my car were engineered to the highest British standards.

Hap Waldrop said:
Bill, I like the black hard top, looks really sharp with the black wheels .
Click to expand... 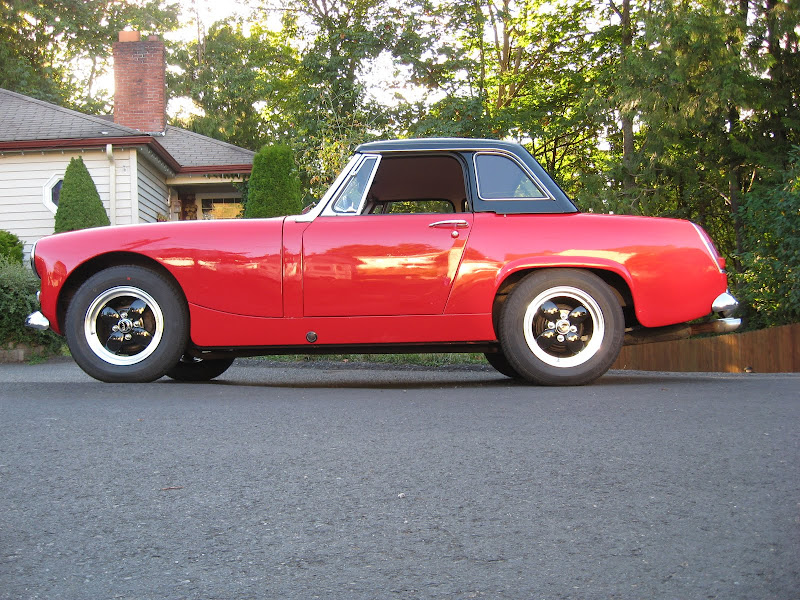 This picture shows the wheels better. I'm getting a lowering kit for the rear for Christmas. The new springs have an extra leave (7!) and make it sit too high.
Bill L.

Anyone know off hand what a tire place charges to convert.
Click to expand...

jlaird said:
Ahh, new wheels means new rubber and stems. Think about N nitrogen to fill them, It does not leak through the rubber and tires are filled correctly for a long time.
Click to expand...

Anyone know off hand what a tire place charges to convert.

See the wiki :Nitrogen is the largest single constituent of the Earth's atmosphere (78.082% by volume of dry air, 75.3% by weight in dry air). It is created by fusion processes in stars, and is estimated to be the 7th most abundant chemical element by mass in the universe.[9]

Tell you boys what I'll do, $2.50 a tire and lifetime warranty on the "nitrogen" I sell.
OP

Offline
Kelly , there ya go using science on them I used to always get a giggle out of folks talking about NOS, and not realizing the advantage to NOS was not the nitrous, but the higher than normal O2 content in NOS over the atmospheric volume of O2. I also seen folks do some preety crazy stuff at the race track, years ago when I crewed on circle track cars, we were in the pits before the race, when we heard a small explosion, sure enough some cat had attached a air line to a O2 tank and was trying to run a impact gun off it, he was lucky, when the impact gun exploded, it just broke all the bones in his hand, it could have easily killed him. It pays to pay attention in science class more than one might know
Acme Speed Shop - Hap Waldrop (864) 370-3000 www.acmespeedshop.com
MG-Triumph Performance Engines, heads, SU carbs, engine rebuild kits, and more

Is it worth it? That's a personal decision.
Bill L.