Offline
Bought this just over a year ago for pretty cheap money. Basically running and driving, but, some real monkey wrenches have been working on it over the years. 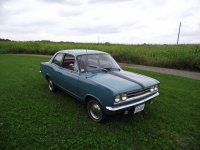 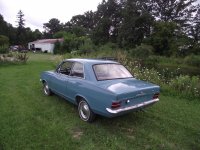 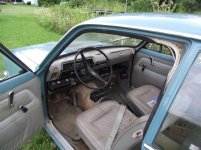 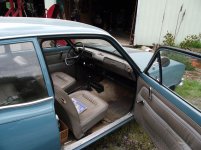 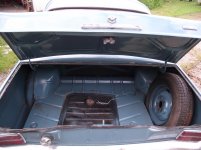 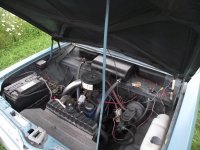 The car overall, has very little rust in it, but, a pretty nasty home grown body and paint job by someone who has never owned a piece of sand paper. It has lots of small dents (both innies and outies) that could have been easily fixed/made better with, not too much work.

Interior is pretty original, and, pretty tired. Needs carpets front and rear really badly. Most of the panels would clean up not too badly

It apparently used to be an automatic, but, was converted to a manual some years ago by Roger Tipple (he was a previous owner). Interesting clutch cable connection to the clutch release arm.

Offline
Looking good Al! We have chatted about this in the Yahoo group. First I have ever seen it though. I have the GT.
John-Peter Smit
1976 MG Midget
1969 Vauxhall Viva GT
1958 Fiat Multipla (Barn art)
OP

Offline
Thanks J-P, I remember that.

Yeah, a GT would be nice.:friendly_wink:
H

Offline
Hello Al, you're quite critical of the car but it looks good to me, in the photos at least. Looks very sound which is the main thing with an HB! If you need help or bits the various UK Viva clubs should be useful ports of call.
B