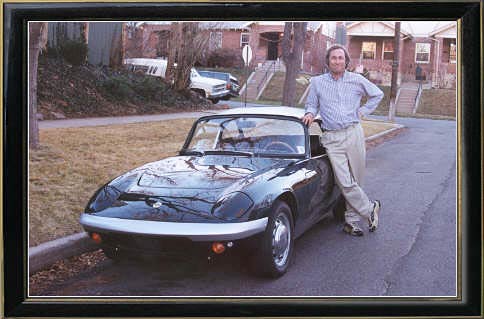 I would suspect that when I acquired it, it was the lowest mileage all original Elan on the planet.

I found it a mile from my home- an old lady had stored it in her garage for 25 years after her son passed away. He brought it back from England from the factory, but only drove it a short while.

I repainted it- and added a Japanese starter and alternator for reliability. Put in a nice walnut dash and a carpet- and that's it.

It now has 32K miles on it, but runs BETTER than when new.

It is my second 1965 Elan- the first was a poorly half restored one, with god knows what history. My second Emma was perfect as described above.

Thanks for looking
Neil Slade
Easy Paint Your Car